Student leaders have started littering walls with posters and banners on RU campus, defacing public properties. The FIR has been lodged under various sections of the Rajasthan Prevention of Defacement of property Act. 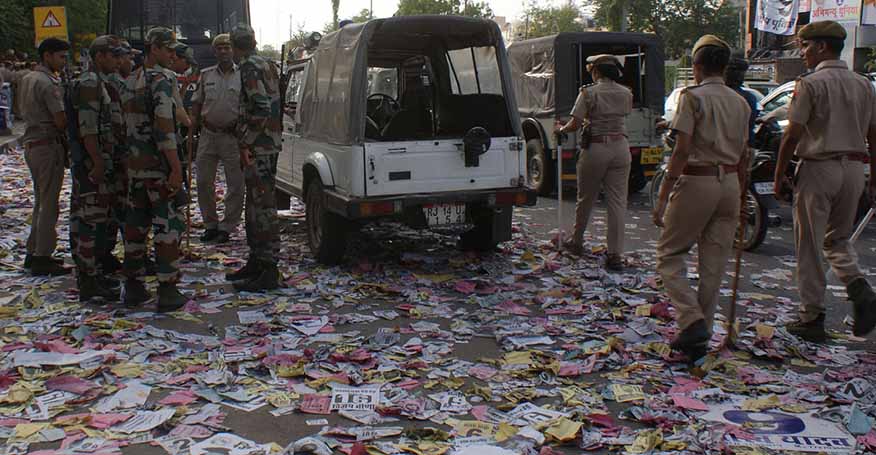 Jaipur: Gandhi Nagar police has lodged an FIR against 10 student leaders of Rajasthan University for defacing public walls in Jaipur with posters and banners ahead of the student union elections due next month. The student leaders of Rajasthan University (RU) have started full-fledged promotions for the upcoming elections. They are littering walls with posters and banners on RU campus and outside, defacing public properties. The FIR has been lodged under various sections of the Rajasthan Prevention of Defacement of property Act. According to Gandhinagar police in charge Mohar Singh Poonia, since this is a bailable offense, the student leaders were released on bail, but they will face a trial in a court. Action will be taken against other student leaders also. FIR has been lodged against more than 10 student leaders in four days under the Act. Students who are putting up posters and banners on the university campus are first warned with notices and if any student leader still doesn’t comply, he or she gets disqualified from the elections, RU officials said. Dr. Sarina Kalia, Dean Student’s Welfare (DSW), Rajasthan University, said that the posters are being removed from the university campus. For now student leaders have been served notices, but if they don’t follow the orders, stricter action will be taken against them. Under The Rajasthan Prevention of Defacement of Property (RPDPA) act, defacing any public property is a punishable offense. In the case of first offence, the person can be sentenced to an imprisonment for a term which may extend to one month or with fine of Rs 100 to Rs. 1000.
Follow @ThePinkcityPost
Click on the following link(s) to find the latest & related stories on: RU student union election 2018