The deceased has been identified as Gokul Ram Solanki (51) and his daughter Pooja Solanki (24), residents of Pratap Nagar at Jaipur. Gokul Ram was working as an employee in housing board and Pooja was a software engineer. 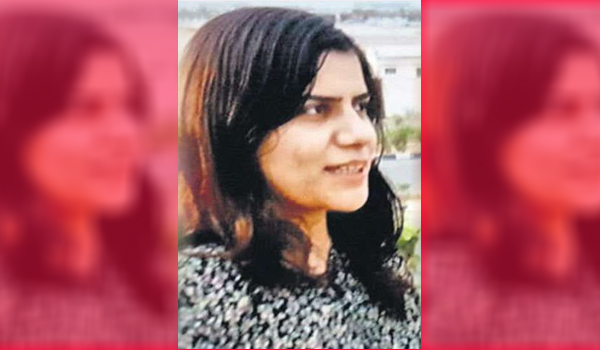 Jaipur: A man and his 24-year-old daughter died on the spot in a road accident after the Scooty they were riding on collided with a truck that lost balance due to over speeding on B2 Bypass in Mansarovar area on Thursday night. The father-daughter duo was returning home when the mishap occurred around 7:30 pm.

The deceased has been identified as Gokul Ram Solanki (51) and his daughter Pooja Solanki (24), residents of Pratap Nagar in Jaipur. Gokul Ram was working as an employee in the housing board and Pooja was a software engineer.

The truck was carrying cement sacks and lost balance on B2 bypass. The scooty was almost parallel to the truck. The two victims were crushed to the death as the truck fell over them. The truck driver manages to flee from the spot.

Police rushed to the spot and took the bodies to the mortuary of Jaipuria Hospital. Police informed the deceased family members and handed over the bodies to them after a post-mortem examination.

According to the police officials, Gokul Ram went to Vaishali Nagar to pick her daughter. Pooja worked at a software company in Vaishali Nagar. They were returning home, when a cement- loaded truck on B2 Bypass near SFS Crossing in Mansarovar area lost its control and collided into the deceased scooty. Both Gokum Ram and his daughter were crushed under the wheels of the truck and died on the spot. Locals gathered on the spot after the incident and informed police.

Gokul Ram’s son and his wife reached the hospital and did not believe what had happened. Four of them were living in Pratap Nagar, added police.

As per the locals, road accidents are reported frequently near SFS Crossing on B2 bypass. This is the deadliest crossing of the area where trucks have taken several lives.

A case of rash and negligent driving has been registered against the truck driver.