The officials said that a lot of rumours are being spread on social media and it is further fuelling the tense situation. 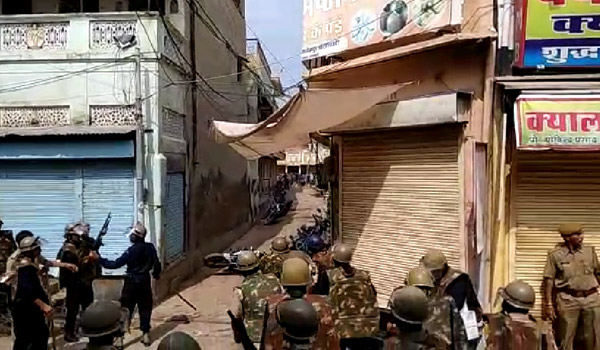 The officials said that a lot of rumours are being spread on social media and it is further fuelling the tense situation.

“Mobile internet services have been snapped in Fatehpur due to the prevailing situation. We are trying to restore peace. People won’t be able to use social media websites and browse the internet for 24 hours. The decision regarding whether to continue with the ban or not will be taken after making an assessment of the situation on Tuesday,” said a district administration officer.

The situation was tense in Fatehpur till the reports last came in.

Some people started shouting slogans in the main market and then pelted stones at the policemen. The police resorted to lathicharge to disperse the crowd. The cops also used tear gas. Several people are reported to have been injured in the incident.

Communal tension flared up in Fatehpur town in Sikar district on Monday after a group of people alleged that some pilgrims taking out a religious procession while playing DJ were attacked by the members of another community.

Some youths were taking out a procession on foot through Luharon Ka Mohalla on Churu Road in Fatehpur. They got into a verbal argument with the members of another community near a religious place. Three youths sustained minor injuries in the scuffle.

Heavy police force has been deployed in the town to restore law and order.