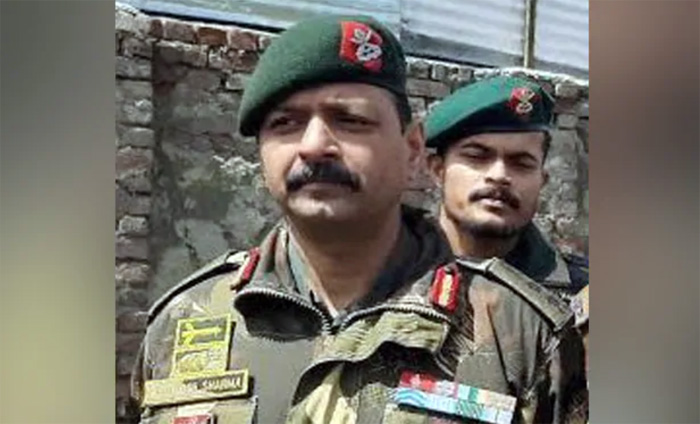 Jaipur: The family of decorated Colonel Ashutosh Sharma who was among the five security personal killed in an encounter in Jammu and Kashmir’s Kupwara district lives in Jaipur, according to preliminary reports. Ashutosh’s wife Pallavi, their daughter Tamanna, his mother, bother and a sister who live in the city were inconsolable when they received the news of the colonel’s martyrdom on Sunday.

Colonel Ashutosh had spoken to his wife for the last time on May 1. He couldn’t be reached due to the Operation against terrorists after Friday. According to reports, the last remains of the officer will be brought to Jaipur where his body will be consigned to flames with army honours.

The encounter had begun on Saturday and continued throughout the night.