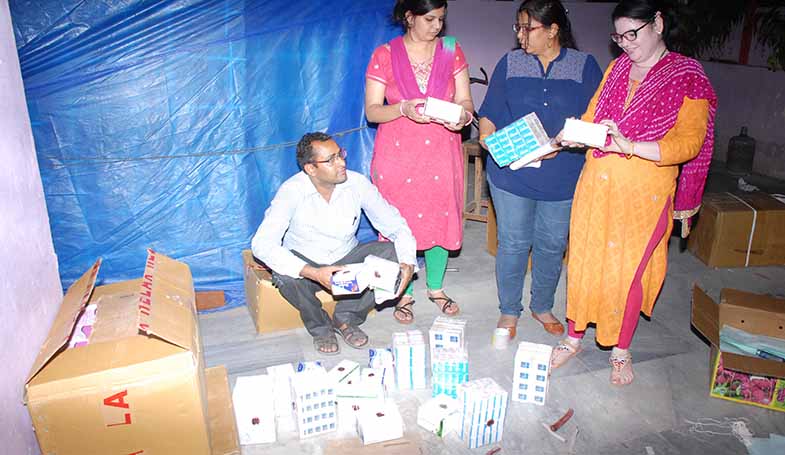 A team of drug controller office carrying out raid at a godown in Jaipur. Image credit: Post Staff.

Jaipur: A racket involved in manufacturing and smuggling fake medicines to several states in country was busted in Jaipur.

Officials said that most of these drugs were antibiotics administered to patients at different stages of treatment including intensive care. Officials are interrogating Kamla enterprises owner Vinod Kumar who had allegedly been selling antibiotics for the past 10 years.

“We carried out raids at a godown owned by Kamla Enterprises situated in Rail Nagar on Ajmer Road. The company doesn’t have the license required for distributing medicines,” said an officer adding that fake medicines worth lakhs of rupees were seized.

The medicines were being smuggled to several states including Haryana, Karnataka and Uttar Pradesh, the officer said.

The officials suspect that the racket had been selling fake medicines for several years.

Some people who were detained for questioning expressed ignorance over where these drugs were being manufactured. They said that the medicines were probably being made in Uttarakhand, but it is yet to be confirmed. The officials have communicated to their counterparts in Uttarakhand. They will likely receive a report on Saturday.

“They were selling antibiotics because these are widely used drugs. They are used in the treatment of almost all major diseases,” said the officer.

Searches were on at several places in almost all states in Rajasthan till late Friday night.