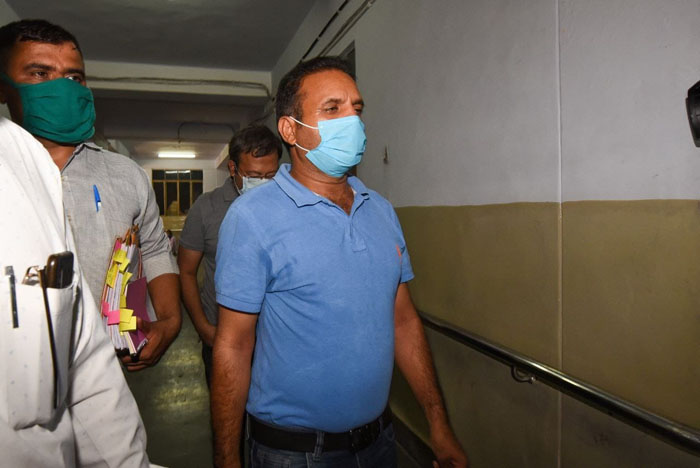 Jaipur: In the first official statement after the ACB named senior RSS leader in Rajasthan - Nimbaram - in an FIR lodged in a corruption case, the right-wing organization said that the facts were distorted and presented out of context to malign the image of RSS and its reputed representative.

In the case, the ACB has already arrested Rajaram Gurjar – husband of suspended mayor Somya Gurjar and Omkar – a representative of BVJ India Private Limited. ACB has initiated a probe against Nimbaram who is a Kshetra Pracharak of RSS in the state.

The statement issued by Kshetra Karyavah Hanuman Singh Rathore says that a representative of BVJ India Limited had approached Nimbaram with a proposal to make a donation from its CRS funds for Pratap Gaurav Kendra in Udaipur.

“The company representative fixed a date for the visit, but never showed up there,” Rathore said.

“The meeting with the company representative on April 20 was merely a courtesy meeting. Many people visit Nimbaram ji on a daily basis. Tempering with the video made at different times in different contexts is condemnable and clearly an attempt to malign the image of RSS for political gains,” said Rathore.

The alleged video shows Rajaram negotiating ‘commission’ to be paid by BVG for the payment of Rs 276 crore. JMC is to pay Rs 276 crore to BVG for waste disposal and collection in the city. The alleged video shows Rajaram negotiating money to be paid as ‘commission’ with a company representative to approve the bills for the pending payment.