The hospital will now accommodate 470 beds for patients. 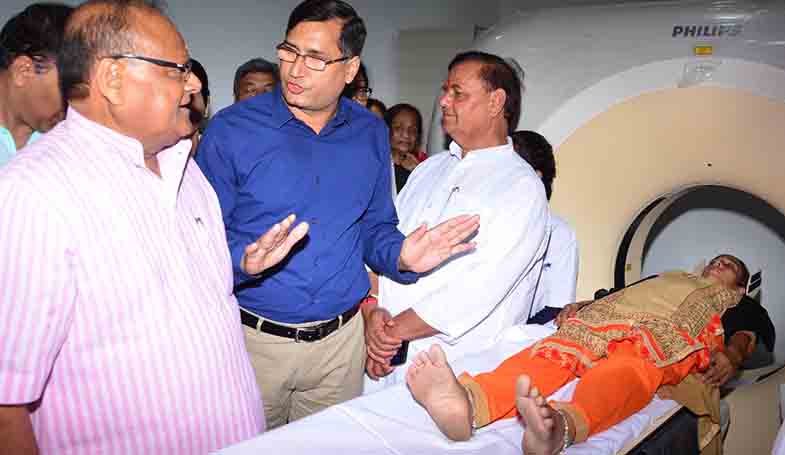 Jaipur: Patients won’t have to rush to SMS Hospital for CT Scan and test for other heart-related ailments now. The facility of several types of medical tests including CT Scan has been launched at Jaipuria Hospital. Other tests include 2-D (or two-dimensional) echocardiogram (Echo), TMT and Holter monitoring.

On the second floor of Jaipuria Hospital, an ICU ward with a capacity of 10 beds and a general ward of 44-bed capacity also became operational.

Two wards of 50 beds each on the first and second floor of the emergency unit building became functional. The work for the extension of emergency unit was also inaugurated.

Jaipuria Hospital will now accommodate 470 beds for patients after the launch of these facilities.

A 100-bed wing for mother and child care is also proposed.

The facility of MRI test will also begin from July.

Jaipuria Hospital was constructed on 7.5 acres plot of land on Jawaharlal Nehru (JLN) Marg in Jaipur. The Hospital was commissioned in 1991. The Hospital is being run by the Rajasthan government with the help and advice of the tustees of Rukmani Devi Jaipuria Charitable Trust.