Prosecution failed to prove the case against him beyond reasonable doubts: court 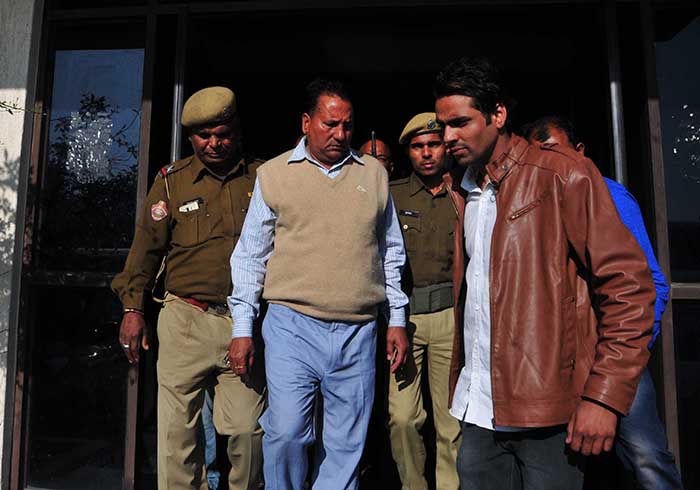 Babu Lal Nagar being brought out of the court after judgement in rape case on Monday. Photo credit: Post staff

Jaipur: More than three years after the Central Bureau of Investigation (CBI) arrested Babulal Nagar on charges of raping a married woman, a Jaipur court acquitted the former Rajasthan minister in the case on Monday. The court of additional district judge - 2 (ADJ-2) ordered his acquittal on the grounds that prosecution failed to prove the case against him beyond reasonable doubts. Nagar was brought to the court around 11.30 pm under a heavy security cover. The judgement came around 3 pm. Nagar's eyes welled up after the court delivered the judgement. The courtroom was filled with a crowd of his supporters and family members. They shouted slogans after coming out of the court. The woman who had registered the case told the media persons that she would appeal against the judgement in the high court. Nagar who was the minister for dairy, khadi and rural industries in the previous Congress government was accused of calling the woman to his official residence in Jaipur on the pretext that he would get her a government job. The woman alleged Nagar assaulted and threatened her and then raped her in September, 2013. 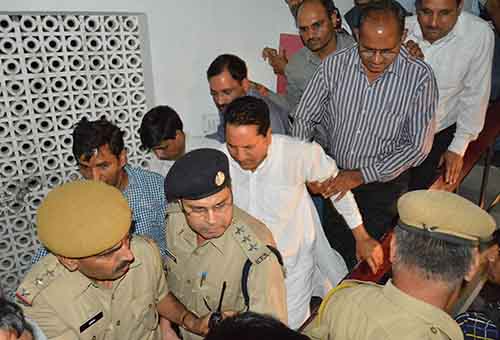 The woman approached a court and filed a complaint when the local police allegedly tried to hush up the matter. The court ordered the police to register an FIR and investigate the case. The Jaipur police booked Nagar for allegedly raping and beating up the married woman on September 11, 2013 after calling her to his official bungalow in the Civil Lines. Women organizations and opposition parties accused the Ashok Gehlot government of shielding the accused minister when no action was taken against him. Nagar was expelled from the cabinet. The government also recommended a CBI probe against him. The CBI investigated the case and arrested Nagar on October, 25, 2013 after interrogating him for hours. Nagar had been lodged in Jaipur Central Jail and failed to secure a bail.
Follow @ThePinkcityPost