Ex-BJP MLA attacked in Jodhpur; FIR yet to be registered

Home » State » Ex-BJP MLA attacked in Jodhpur; FIR yet to be registered 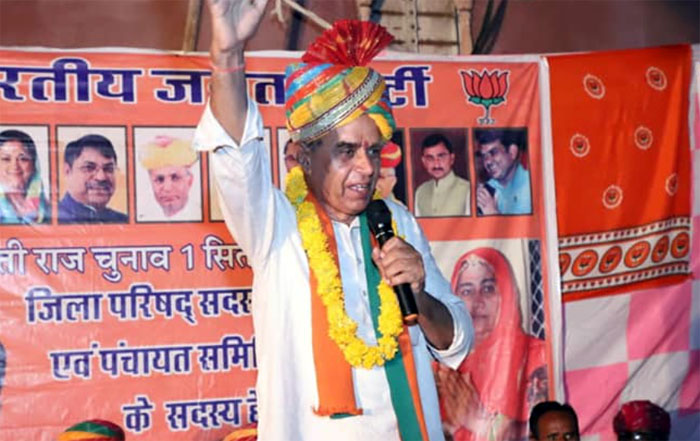 Jaipur: Ex-MLA from Luni constituency of Jodhpur district and local BJP leader – Jogaram Patel - was allegedly attacked by unidentified miscreants on Tuesday. The attackers ambushed him when he was travelling in a car. They started hurling stones at the car. Jogaram sustained head injuries following which he was admitted to Jodhpur AIIMS after primary treatment at a nearby community health centre.

The incident took place near Lunawas Kallan around 3 pm on Tuesday. Jogaram and a newly elected deputy Pradhan were travelling in the car. Some miscreants placed stones on the road to force them to stop the car, but it failed, they started hurling stones on the vehicle. One of the stones hit Jogaram on the head. He started bleeding profusely.

Jogaram alleged that the attack was premeditated. “It was carried out over panchayat election rivalry. Congress failed to form the board in Dhawa panchayat samiti. This could be the motive of the attack as the deputy Pradhan who was elected was with me when the attack happened,” Jogaram told media persons.

However, no FIR has been registered in this regard. The attackers were yet to be identified. There were reportedly at least five attackers. Jogaram was first rushed to Dhawa community health centre. He was then brought to Jodhpur AIIMS.