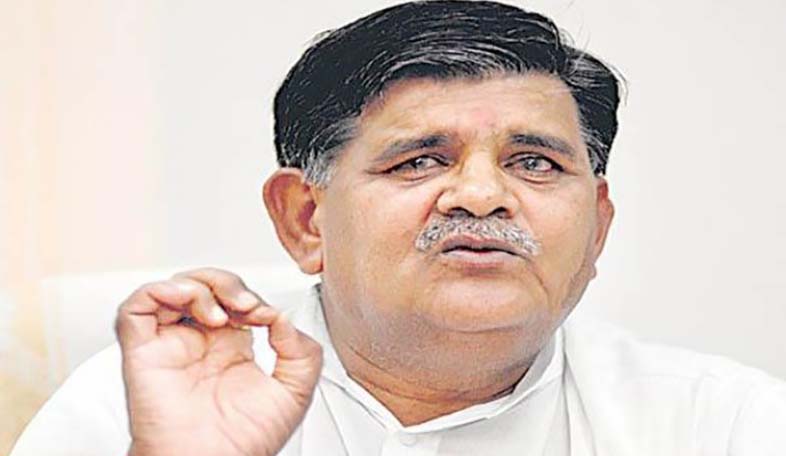 Jaipur: Rajasthan home minister Gulab Chand Kataria said that the state police had wanted to catch Anandpal Singh alive, but since the notorious criminal and his aides opened fire, the police team had to retaliate.

According to preliminary reports, nearly six bullets pierced Anandpal’s body, killing him on the spot.

To know the story behind the making of this dreaded criminal in Rajasthan, click on the link below:

Kataria told media persons that Anandpal had become a major headache for the state police.

“We have been trying to trace him since he escaped from the custody,” said Kataria.

He added that the criminals used automatic guns forcing the police to engage in gun battle.

Former chief minister and senior Congress leader in Rajasthan Ashok Gehlot didn’t directly comment on the encounter, but he said that the law and order situation in the state was has gone for a toss.

“Why are gangsters like Anandpal being made? The chief minister should order an investigation as to how he managed to escape from the custody in September, 2015. Who were behind this?,” said Ashok Gehlot.

The police have activated intelligence network in Didwana and Ladanu area of Nagaur district to see if there could be any trouble from the supporters of Anandpal.

The notorious criminal who was allegedly involved in a series of murders, extortion, kidnapping and violence cases had gained popularity in the area for his Robin Hood-type lifestyle.

Anandpal was gunned down in an exchange of fire with the police in Malasar village of Churu district late on Saturday.

To know more about the IPS officer who supervised the operation, click on the link below:

Nearly 50 policemen of Rajasthan police’s special operations group (SOG) and quick response team surrounded a house in which Ananpal was hiding. The operation was carried out under the supervision of SOG IG Dinesh MN. The entire operation was led by add SP Sanjeev Bhatnagar and add SP Karan Sharma. Circle inspector Suryaveer Singh was injured as he had a fracture in his hand, two constables Sohan Singh and Dharmapal sustained bullet injuries.