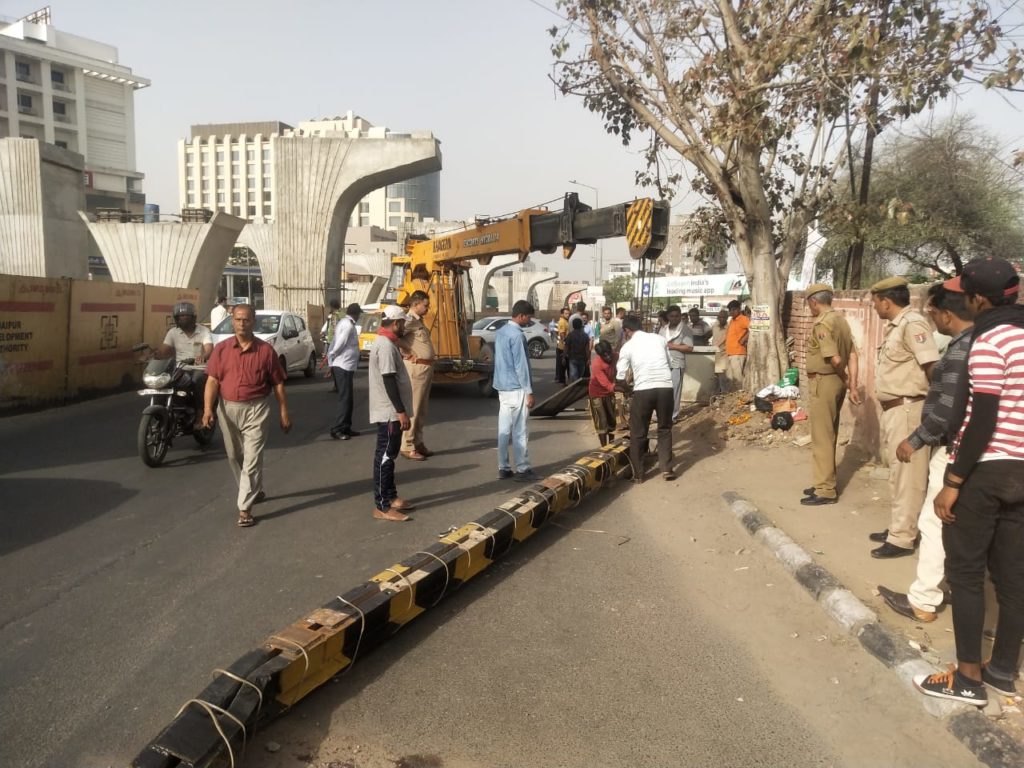 Accident at Hawa Sadak in Jaipur.

Jaipur: A man identified as Satyendra died after a high-gaze barrier put up on the elevated road fell on his bike at Hawa Sadak in Jaipur on Friday morning. The barrier fell after getting hit by an overspeeding Volvo bus. The accused driver is absconding. The other victim identified as Jitendra who was driving the bike is seriously injured and is undergoing treatment at SMS hospital.

The incident happened near Rammandir at Hawa Sadak in Jaipur around 7:30 am.

The victims are the residents of Jaipur, said Police.

According to the police, an over speeding Volvo bus crashed into a High gaze barrier at Hawa Sadak near Ram Mandir in Jaipur around 7:30 am. After the accident, the barrier fell onto a bike going parallel to the road. Jitendra was riding the bike and Satyendra was sitting on the back seat.

Police rushed to the spot after getting information and seized the bus. A search operation has been launched against the driver.

Police handed over Satyendra’s body to his family members after the post mortem examination. The incident led to a heavy traffic jam on the road which was cleared after a few hours.

Further investigation is on, said, officials.