Electricity consumers in Jaipur to get bill monthly from Jan

The spot billing system will start in January. The JVVNL’s feeder in charge will generate the bill on the spot while taking the meter’s readings at consumer’s doorstep. 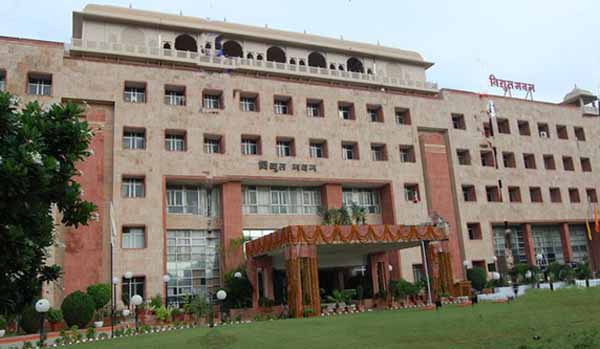 Jaipur: The electricity consumers will get a monthly bill from January after the introduction of spot billing system in Jaipur city circle. The Jaipur Discom issued a notice to all the officials regarding this on Wednesday.

According to Jaipur Vidyut Vitran Nigam Limited (Jaipur Discom) officials, the spot billing system will start in January. The JVVNL feeder in charge will generate the bill on the spot while taking meter readings at the consumer’s doorstep.

Jaipur has a total of 8.60 lakh consumers connected to JVVNL. A total of 13 cities comes under Jaipur Circle. The Spot Billing System has already started in the other cities of Jaipur circle except for Jaipur.

The discom officials have ensured the public that the launch of the new system in the billing process will not create any trouble for them rather it will increase the convenience of consumers. The consumer will not face any kind of financial pressure due to this. The spot billing system will prove a beneficial step for them.

Jaipur Discom’s technical Director Naveen Arora said that the introduction of the Spot Billing System will release the monthly bill of electricity to the consumers at their doors and will be much convenient to them.

What is Spot Billing System?

According to RG Gupta, CMD of Jaipur Discom, consumers in remote areas and towns do not receive bills on time and then they have to pay penalties for the late payments. From January, an option will be available for the users to make bill payments at the time of bill reading by the feeder in-charge.

People will be able to pay bills at their doorstep as soon as it gets generated by feeder in-charge after he or she takes reading from the meter. Consumers have to visit e-Mitra or go to subdivision counter for electricity bill payments.

Feeder in-charge must be present within at least 5 meters of the electricity meter, only then he’ll be able to generate meter readings. He will have to reach the users’ spot for the readings. Spot Billing device and mobile phones have been linked to Google GPS. This step has been taken to ensure less difficulty and no fault in bill generation and payments