Eight parks in Jaipur that you should absolutely visit

Some parks in Jaipur have been in existence since when the city was being ruled by kings. Let’s explore some of these beautiful parks and royal gardens, which will surely leave you mesmerized by their beauty and natural surroundings:

Home » Jaipurnama » Eight parks in Jaipur that you should absolutely visit 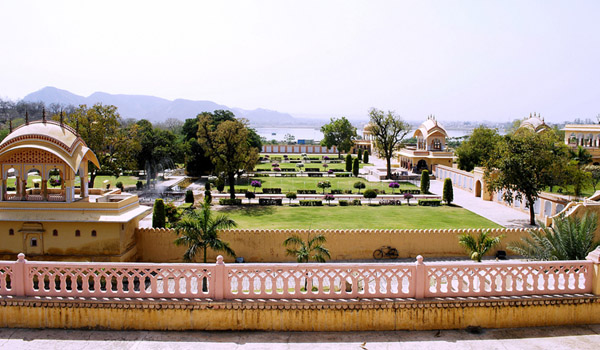 Jaipur: If you are planning to spend some quality time with family and friends or just want to hang out by yourself, the parks in Jaipur are your best options.

Some of these parks have been in existence since when the city was being ruled by kings. Let’s explore some of these beautiful parks and royal gardens of Jaipur, which will surely leave you mesmerized by their beauty:

Locally known as Kanak Ghati, Kanak Vrindavan is a beautiful garden built amidst the valleys surrounded by Aravalli range in Jaipur. It is located on the way to Amer Fort of Jaipur and is 8 km from it. The beauty of this place will leave you mesmerized as it tells the stories of several incarnations of Lord Krishna and Radha. You will find some of the best marble works in here surrounded by line rows of fountains. The Ghati was built by Maharaja Sawai Jai Singh of Jaipur around 275 years ago.

With fountains and lush green manicured lawns, the Sisodia Rani Bagh is one of the best gardens in Jaipur. It was built by Maharaja Sawai Jai Singh II in 1728 for her second wife. The pavilions and walls here are painted in the Mughal style which depicts the love of Lord Krishna and Radha. It is one of the oldest, royal and tranquil spots in Jaipur. 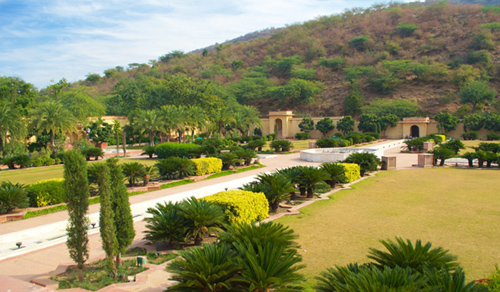 Smriti van is a Biodiversity park in Jaipur. It has several sections including Vasundhara Van, Eco Environment museum, Vrindavan Van, Maru Van, Aravali Van, Sarovar, Rashtriya Van, Champa Van, Java Kusum Van, Nursery and Dhanvati van.
You will enjoy a wide range of flora and fauna here. There have been cases where wild animals such as panthers and leopards sneaked into the park from Jhalana forests.

The Royal garden of the city and one of the the most famous tourist attraction, the Ram Niwas garden showcases the royalty of the Walled City through its architecture. It was built by Maharaja Sawai Ram Singh in the 19th century.
Its charm and elegance increased as new attractions came up in its vicinity. One such spot is the Albert Hall Museum which is Jaipur’s largest museum. Others are Jaipur Zoo and the famous Masala chowk.

Read also:  Masala Chowk in Jaipur: All you need to know about this famous food destination

Central Park is the most popular parks of Jaipur. It is the largest park situated in the heart of the city. Set amidst the lush green environment, its major attractions are 4-km-long jogging tracks, musical fountains, stone caricatures and the tallest national flag of the country. 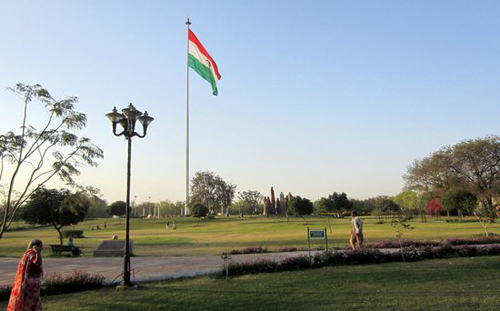 Landscape Park in Shipra Path alongside the Dravyawati Riverfront covers an area of 2.95 hectares. It has several attractions including food stalls, experience center, yoga pavilion, and cycling tracks. The park is also equipped with a 3D printed city model map, a live aquarium, and 3 exhibition centres.

The recently-opened Bird Park is a major draw as it boasts of natural ponds, heritage waterworks museum, natural garden for migratory birds and 100-year-old pump house. Each bridge crossing from Bassi Sitarampura to Sanganer has special lightings and plays host to cultural and entertainment programs from time to time.

Locally known as ‘Small Amusement Park for kids’ in the city, The Nehru Bal Udhyan is located near Gandhi Nagar area of Jaipur. It has everything an ideal park should have including long pathways, mesmerizing greenery, an open gym and much more. Apart from that, it has a small kid’s train, which takes children to a small journey of the park.

Read also:  Sweets from these 5 famous shops in Jaipur will add sparkles to your Diwali menu

So, these are some of the best parks in Jaipur. Let’s know in comments which one of these you like the most.