Chatterjee was taken into custody after about 24 hours of interrogation. 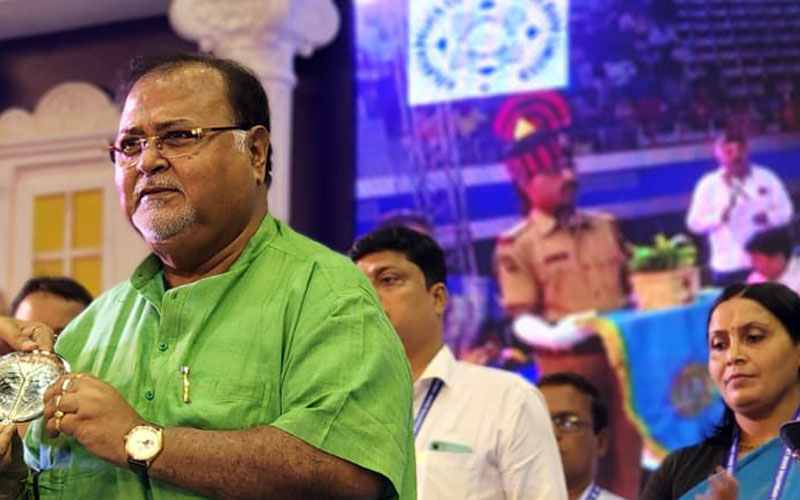 Enforcement Directorate on Saturday arrested Partha Chatterjee, an influential minister in the Mamata Banerjee cabinet, in connection with a recruitment scam.

Chatterjee was taken into custody after about 24 hours of interrogation. He was later booked under relevant sections of the law.

CRPF was deployed outside Chatterjee's house, keeping in view a possible law and order situation. According to preliminary reports, Chatterjee’s close associate Arpita Mukherjee was also taken into custody.

Chatterjee is currently the state commerce and industries minister in West Bengal. The ED officials started quizzing him on Friday and searched the premises of his house in South Kolkata.

On Friday, ED had seized Rs 20 crore in cash stashed in two bags and 20 cell phones after a raid at the flat of Arpita Mukherjee, whom the agency called “a close associate” of Partha Chatterjee, former Bengal education minister.

Justice Abhijit Gangopadhyay of Calcutta High had ordered a CBI inquiry into the alleged irregularities in the appointment of Group D staff in state-run schools operating under the West Bengal Board of Secondary Education (WBBSE).

The order came on a petition filed by some aspirants who alleged gross irregularities in the recruitment.

(with inputs from agencies)