Many people in Jaipur felt the tremors in their sleep and rushed out of their houses. 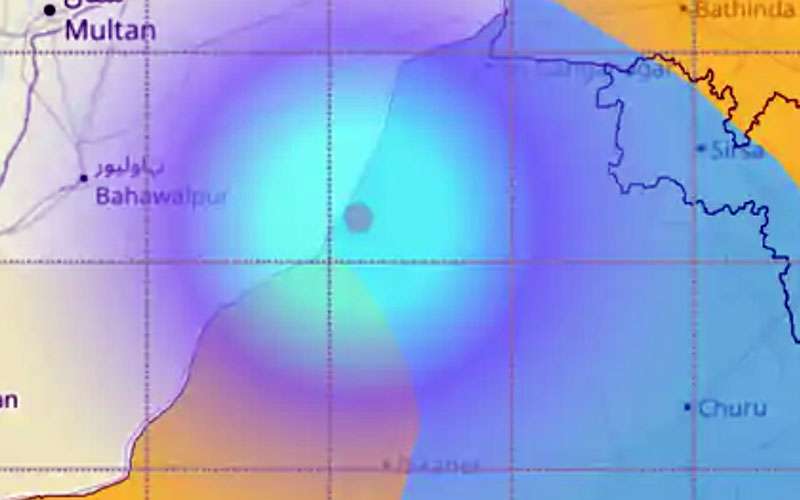 JAIPUR: Tremors were felt in several cities in Rajasthan as an earthquake of 3.7 intensity on the Richter Scale hit the state late on Sunday. The epicentre of the earthquake was Jaipur and Sriganganagar, so the intensity of tremors was most felt in the state capital.

Many people in Jaipur felt the tremors in their sleep and rushed out of their houses. They reported witnessing the ground shake and windows and doors rattle. However, no loss of life or property has been reported so far.

The first earthquake tremors were reported in the Anupgarh town of Sriganganagar. Its centre was about 10 km below the ground. The tremors were felt here at around 12.27 minutes. Its intensity was recorded at 3.7 on the Richter scale.

After nearly 8 minutes, the earth started shaking in Jaipur too. Earthquake tremors were felt here at 12.36 pm. This time the intensity was recorded at 3.6. The epicentre of this earthquake was between Fagi and Chaksu in Jaipur. It was also about 10 km from the earth's surface.

“I had just gone to bed when I felt like the ground was shaking. I jumped out of my bed and rushed outside when I saw the windows and doors rattling. It was quite scary,” said Hanuman Kumawat, a resident of Sodala.