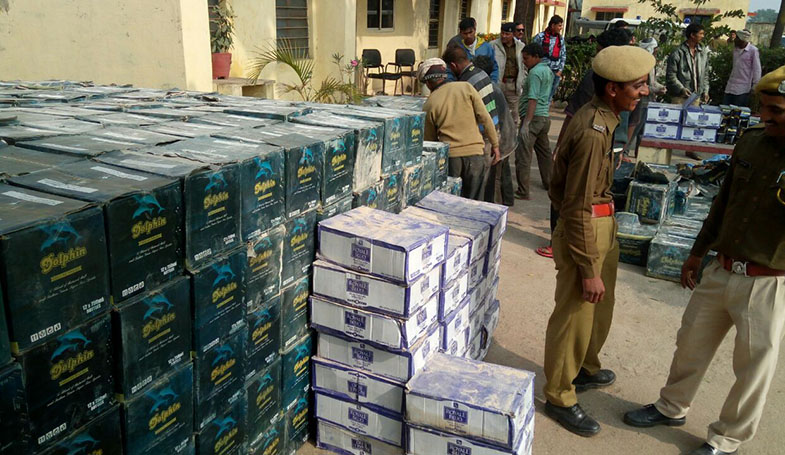 Jaipur: Dungapur police seized the district’s biggest ever consignment of illegal foreign liquor that was to be smuggled to Gujarat via Rajasthan. The liquor was seized from a soap factory in Bichhiwada police station area of the district. One man was arrested, while several others managed to escape, police officials said.

SP, Dungarpur Shankar Dutta Sharma said that a special drive had been launched in the district to curb liquor smuggling.

Circle officer Dungapur Manoj Samaria got a tip off that liquor was being stored at two different places – Shishod and Bokhala – in Bichhiwara police station area.

Police teams were rushed to both the places and raids were carried out. One of the places was a soap factory. A man named Rajendra was taken into custody from the factory.

The police team was shocked to find thousands of cartons of IMFL stored in the factory.

“The liquor was made in Himachal Pradesh, Haryana, Arunachal Pradesh and Punjab and was to be smuggled to Gujarat via Rajasthan. We seized 13 vehicles from the spot. The liquor is worth nearly Rs 2 crore,” said the officer.