Ex-employee, aide arrested for murder of jeweller’s wife and daughter in Kota

Police arrested the key accused Mastram Meena and his aide Lokesh Meena on Monday. The key accused, Mastram worked as a watchman at Rajendra’s jewelry shop in past. 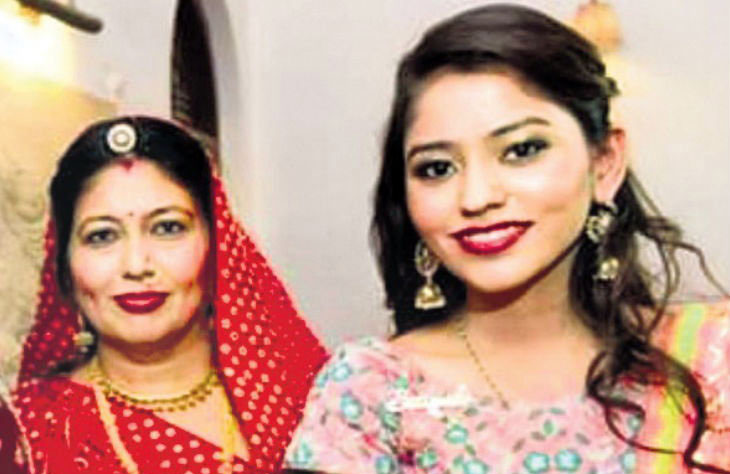 Jaipur: The Kota police on Monday arrested an ex-employee and his aide in connection with the murder of a woman and her 18-year-old daughter in Kota on Thursday night.

The woman identified as Gayatri Devi – the wife of a jeweler Rajendra Vijay – and Palak (18) were alone in the house as other family members had gone out on Thursday. Rajendra’s father Chandmal Vijay went to a temple at his usual time and Rajendra was at his shop, when the incident happened.

Chandmal Vijay in the FIR said that when he reached home after paying the visit to the temple at his usual time, he saw his daughter in law and granddaughter lying in the pool of blood. Everything was scattered in the house and the lockers were empty.

Police arrested the key accused Mastram Meena and his aide Lokesh Meena on Monday. The key accused, Mastram worked as a watchman at Rajendra’s jewelry shop in past.

According to the IG of Kota Bipin Kumar Pandey, several police teams were searching the accused day and night since the incident happened. The policemen along with the FSL teams and dog squad inspected the locations. More than 150 CCTV cameras of the region were checked. Many unknown people were questioned. Search operation at different hotels, restaurants and other home stays of the region were conducted.

Mastram worked at Rajendra’s shop as a watchman in past. He had all the information about his house locations, locker and at what time the family members are not at home. He along with his aide Lokesh from the same village planned the robbery.

When Rajendra’s father went to the temple at his usual time on Thursday and there were only Rajendra’s wife and her daughter present at the house, the accused entered the house and attacked them with iron rods. They dragged their body to a room and took away all the cash and jewelry from the locker.

IG, Kota Bipin Kumar Pandey said that the policemen involved in the arrest will be rewarded.

The house of Rajendra Vijay is situated in Station Road area of Kota. His wife Gayatri and daughter Palak were found lying in a pool of blood on Thursday. Police officials said that they were repeatedly hit on their heads with iron rods.