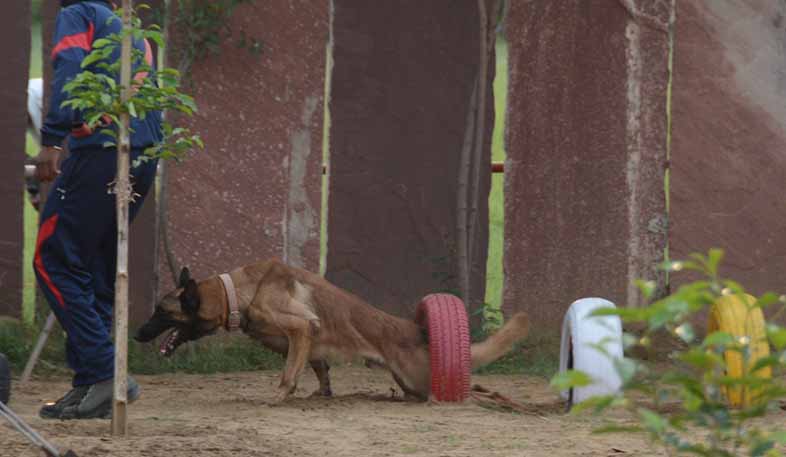 Jaipur:  When ‘Charlie’, a canine of Belgian shepherd breed, climbed an 11-feet high obstacle on Thursday, senior police officials could not stop themselves from clapping and cheering. Charlie is one of the dogs who help police detect and prevent crimes in Rajasthan. Eight dogs enthralled the police officials in the audience with their stunning stunts. The occasion was the Dog Show, organized at Rajasthan Police Academy (RPA) on Thursday.

DGP Ajit Singh Shekhawat inaugurated a new dog agility center in RPA’s dog training center on this occasion.  The center will make it possible for the cops to train 20 dogs in one batch. 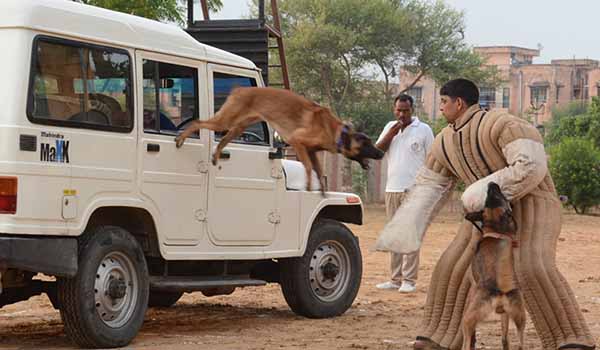 New agility center was inaugurated at RPA in Jaipur on Thursday.

ADG, crime Pankaj Kumar Singh said that 12 dogs were sent to Bengaluru for training recently. These dogs are fully trained to handle crime detention work and take on obstacles thrown in their way.

“With we having our own agility center now, we won’t be required to send our dogs to Bengaluru for training. In the dog squad, 12 dogs are of Belgian Shephard breed. They can handle investigation in all sorts of cases including narcotics and explosive detention and tracking,” said Singh.

He added that eight of these dogs were made to perform beautiful stunts by their handlers during the dog show on Thursday. 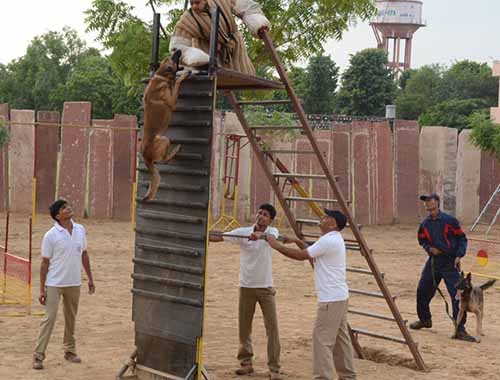 Rajasthan police have dogs of Belgian Shephard and Malinois breeds in their squad, the officer said.