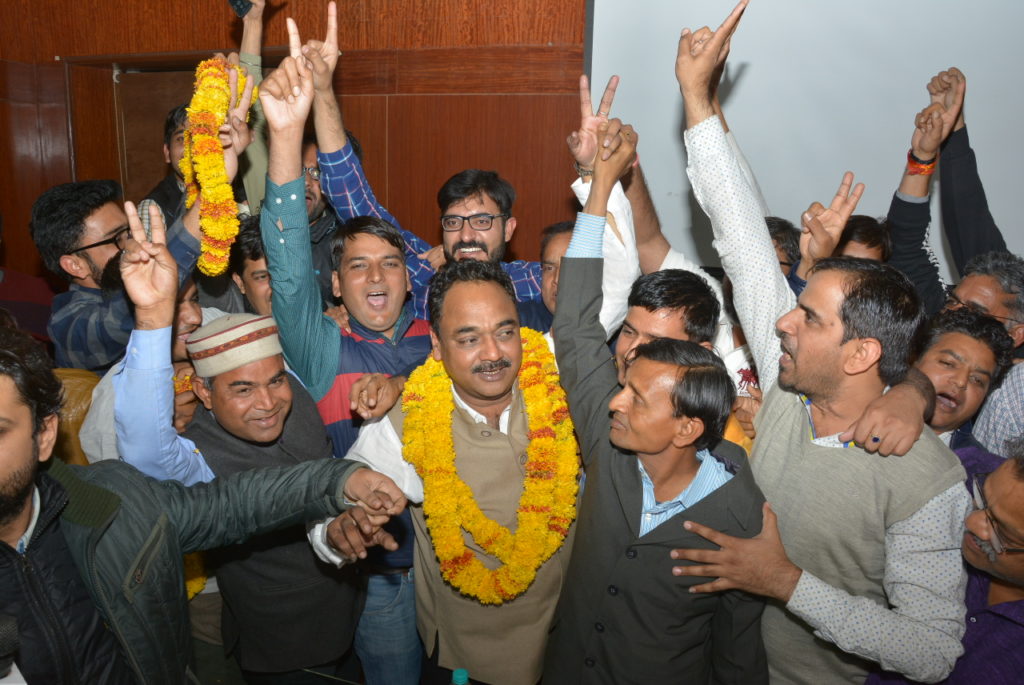 Doctors celebrating after Rajasthan government accepted most of their demands. they ended their strike.

Jaipur: Doctors in Rajasthan will return to work on Thursday, nearly 13 days after they went on strike. The strike was called off after a marathon meeting between representatives of doctors’ organizations and the state government that went on for nearly eight hours. Rajasthan BJP president Ashok Parnami announced that the appropriate demands of the doctors have been accepted and they have decided to call off the strike. 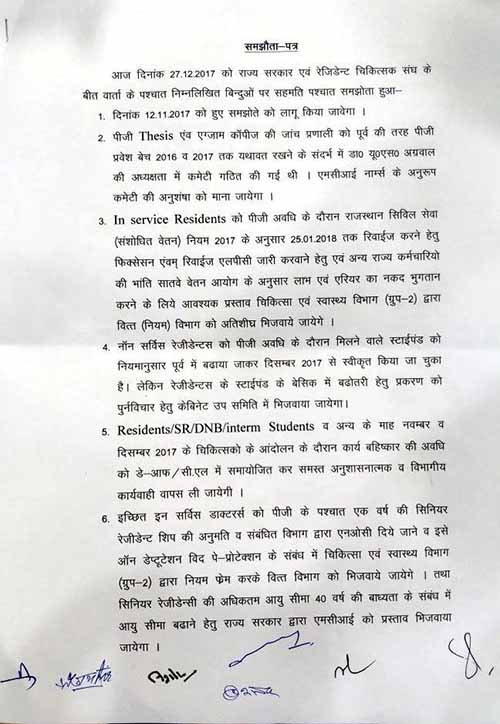 Demands of doctors which were accepted. 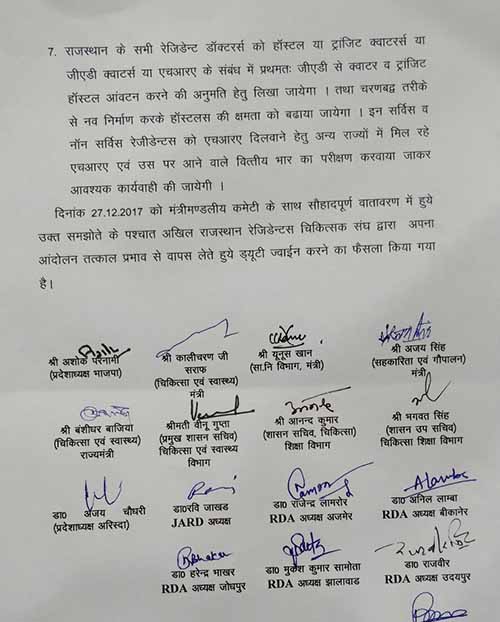 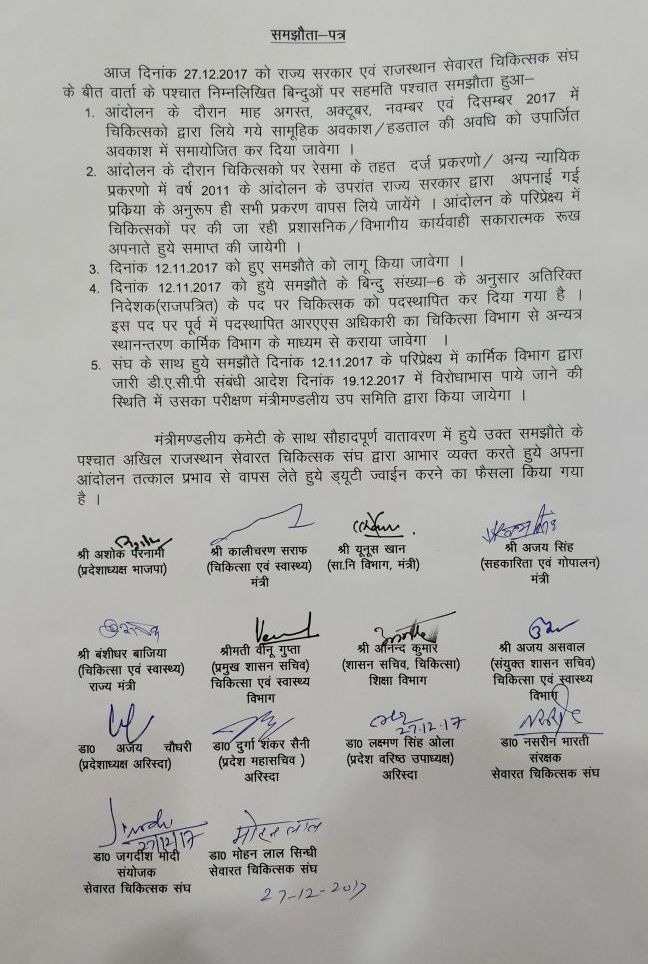 The meeting began at 11 am. The biggest issue of discussion was transfer of in-service doctors. Dr Ajay Choudhary who was allegedly spearheading the strike will be transferred to Sikar as chief medical and health officer (CMHO). He had earlier been transferred to CHC Hindaun from Churu where he was posted as CMHO. A consensus was reached on the transfer of 11 other doctors also.

The meeting which went on till almost 7 pm witnessed many heated debates over doctors’ demands.

The government agreed that all the FIRs registered against doctors under RESMA will be withdrawn. The agreements reached on November 12 will be implemented. A doctor will be deputed for the post of additional director. 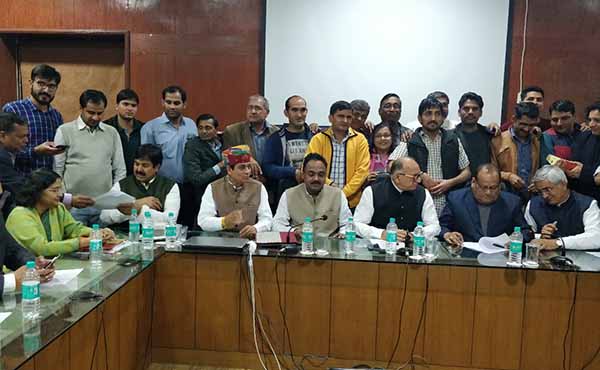 Consensus was reached on several other demands of the doctors who were under pressure to end the strike after Rajasthan high court allowed the government to take legal and administrative action against them for not returning to work.

Many people are reported to have died due to the lack of treatment at hospitals since the strike began.