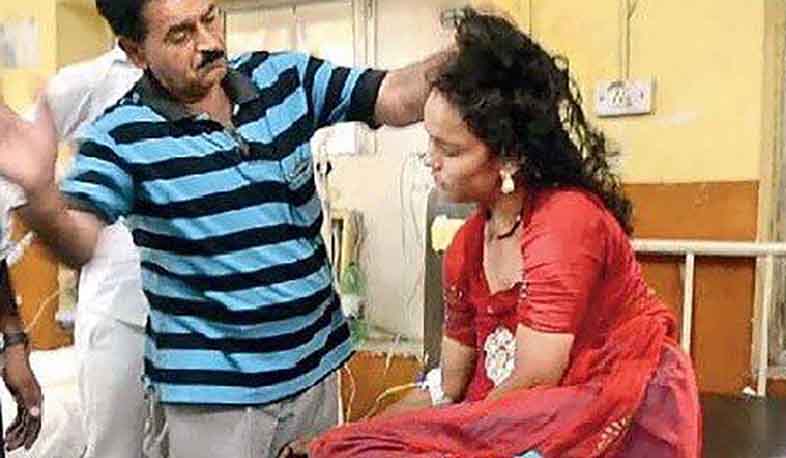 Government doctor Surendra Bahari was removed from duty after he allegedly slapped a woman and burnt incense sticks to cure her of ‘evil spirits’ at a hospital in Barmer.

Jaipur: Rajasthan government has removed a doctor, identified as Dr Surendra Bahari from duty after he allegedly slapped a woman and burned incense sticks to cure her of ‘evil spirits’ at a hospital in Barmer.

The health department put him on awaiting posting orders after a video showing him slapping the woman while holding her by her hairs went viral on social media. The state women commission has also taken a cognizance and sought a report from the district superintendent of police (SP).

The woman had been brought to the government hospital in Barmer amid rumours of women being under the influence of evil spirit in the area. The family members claimed that she had been possessed.

The act of exorcism by a government doctor shocked the state machinery.

Dr Surendra Bahari crossed all the limits of superstition. He first burned an incense stick and held it over the woman’s head for a while. When the woman didn’t gain consciousness, he held her by her hairs and slapped her repeatedly.

As the video went viral, the doctor was asked why he believed the woman was under the influence of evil spirits.

The doctor claimed that his ‘head was heavy’ after doing this act or exorcism.

She said that it was shocking to see an MBBS doctor indulging in such acts of superstition.

According to reports, there had been rumours of women being possessed by evil spirits in the area for the past few days.