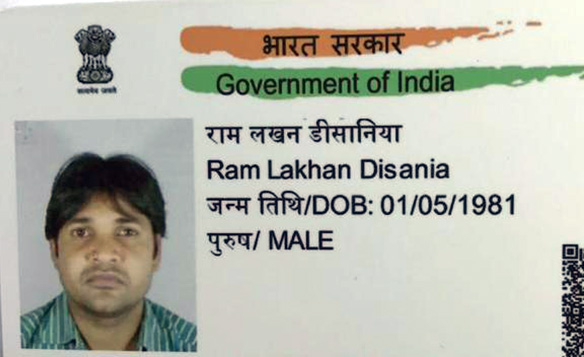 Doctor Ram Lakhan Disania who was arrested by SOG

Jaipur: Rajasthan special operations group (SOG) on Thursday busted a gang and arrested three persons including a doctor and a woman BSc student for duping more than 110 doctors of Rs 100 crore. The gang duped doctors in the name of investment in share market. They were operating out of an office in World Trade Park in Jaipur, SOG officials said.

Dr Ramlakhan is a doctor by professional. He formed the gang with Neha and Amit.

“Amit and Ramlakhan used to trade in shares till 2012, but they suffered losses. In 2015, they floated a company named Raghukul Share India Private Limited. Neha is a partner in another firm of Ramlakhan, named Vision Enterprises,” said ADG SOG Anil Paliwal.

He added that the gang used to dupe doctors in connivance with employees of some banks.

“They would get their victims approved for loans and deposit the borrowed money in their company account. They would assure the victims that they would invest this money in share market, but this would never happen,” said the officer.

The fact that Ramlakhan was a doctor helped him win the confidence of medical professionals. He had even gifted some Audis and BMWs to doctors to win their trust.

The gang used to the money open restaurants and bars and launch new housing schemes with some builders.  One of the restaurant-cum-disco bar is in WTP, while another one was on Sahkar Marg. But The Sahkar Marg pub caught fire recently following which it was closed.

Amit has a criminal record. He was jailed for duping in the name of investment in the share market. Ashok Nagar police arrested him, the SOG officials said adding that he was currently out on bail.

It has come up during preliminary investigation that the gang has duped over 110 doctors.