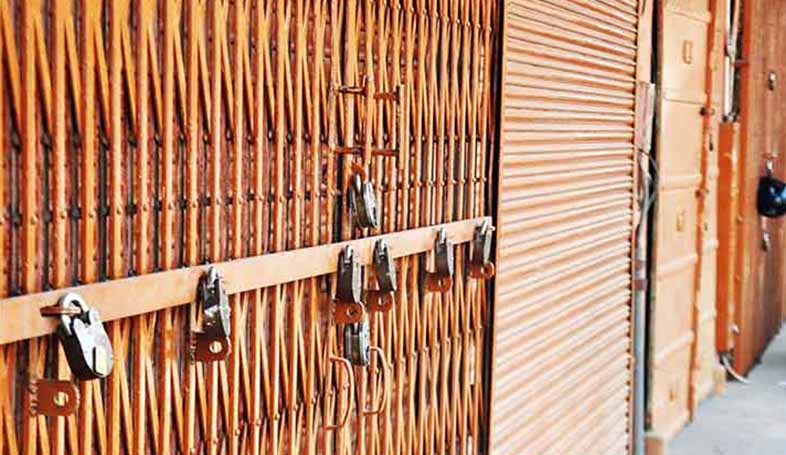 Jaipur: Didwana town in Nagaur district remained shut in protest of alleged anti-national slogannering on June 2. Hundreds of youths took out a rally against ‘anti-national’ elements who allegedly indulged in shouting slogans such as ‘Pakistan Zindabad’.

The bandh was called by Rashtriya Janadhikar Manch. The protestors demanded that all the accused involved in anti-national activities be arrested. Markets remained closed in the town as traders also joined the protest.

The rally consisting of thousands of youths with saffron flags in their hands began their march from Subhash Circle and reached the SDM office in Didwana. A meeting was also organized in front of the SDM office.

The protestors demanded that a case of sedition be registered against those involved in anti-national sloganeering.

An FIR had been registered with Didwana police station on June 8 in connection with the sloganeering. Some people allegedly shouted slogans such as “Pakistan zindabad” (long live Pakistan).

The local police have arrested nearly 10 people under sections 153A (Promoting enmity between different groups on grounds of religion, race, place of birth, residence, language), 153B (Imputations, assertions prejudicial to national-integration) and 120B (criminal conspiracy) of the IPC.

The issue had taken a political color recently when Disgruntled BJP MLA Ghanshyam alleged in a press conference that people involved in raising anti-India and pro-Pakistan slogans in Didwana town had the minister’s patronage. Tiwari demanded an investigation by the national investigation agency (NIA) and said that Rajasthan chief minister Vasundhara Raje should immediately sack Khan.