BJP candidate defeated her opponent by a record margin of 38,763 votes. 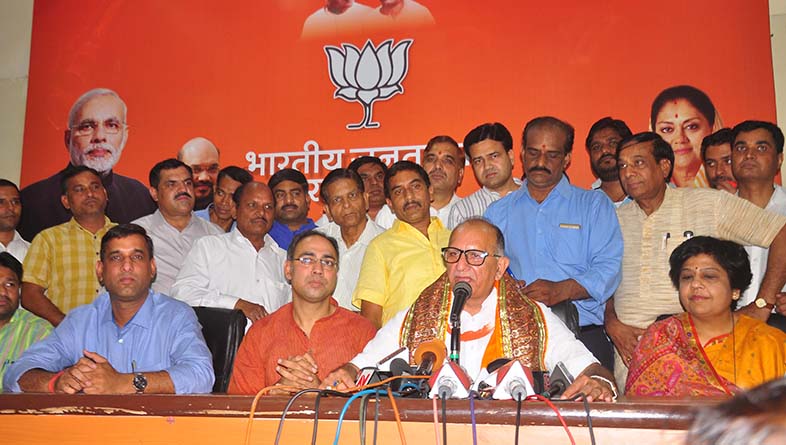 Shobha Rani has apparently secured a historic win in Dholpur constituency by winning by the largest margin of votes.

Chief minister Vasundhara Raje said the victory was a testimony to the fact that BJP’s ‘Sabka Saath, Sabka Vikas’ slogan was working.

A large crowd of BJP supporters gathered at Dholpur palace where Raje is staying after the victory of BJP candidate was announced. They shouted slogans as Raje came out. 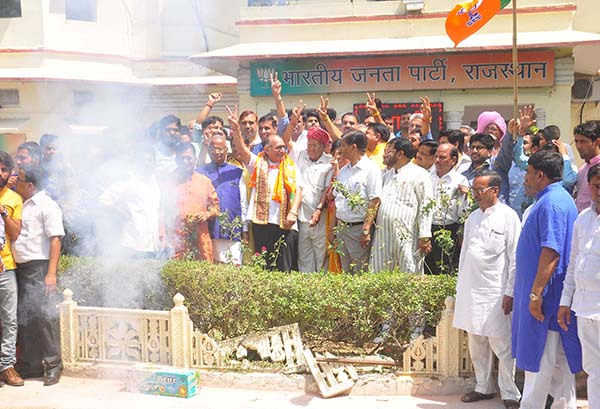 BJP state president Ashok Parnami attributed the victory to the ‘Modi wave’ and the development works carried out by the BJP government in Rajasthan.

“We accept the defeat, but the way BJP misused government machinery is objectionable,” said Pilot.

Dholpur by-polls were crucial for Vasundhara Raje as results of this election will send a strong message about what people think about the current BJP-led government in Rajasthan. The results may influence decision making at party levels for Rajasthan assembly elections scheduled to take place nearly 20 months later.

The BJP candidate was Shobha Rani Kushwaha, wife of BL Kushwaha who is currently behind bars on charges of murder. Dholpur by-election was held since Kushwaha – Bahujan Samaj Party (BSP) MLA from the constituency – was convicted, resulting in his disqualification. Shobha was pitted against veteran local Congress leader Banwari Lal Sharma who has won assembly elections five times.

Chief minister Vasundhra Raje and more than 12 ministers of his cabinet camped in Dholpur for several days to reach out to voters in every polling booth in the constituency. Sachin Pilot from Congress also campaigned vigorously.

Fifteen candidates, including 12 independents, were in the fray. But the fight is mainly between the ruling BJP and the opposition Congress.