The men tore her clothes, so when the woman reached the government railway station, located just 500 metres from the spot, she was almost naked. 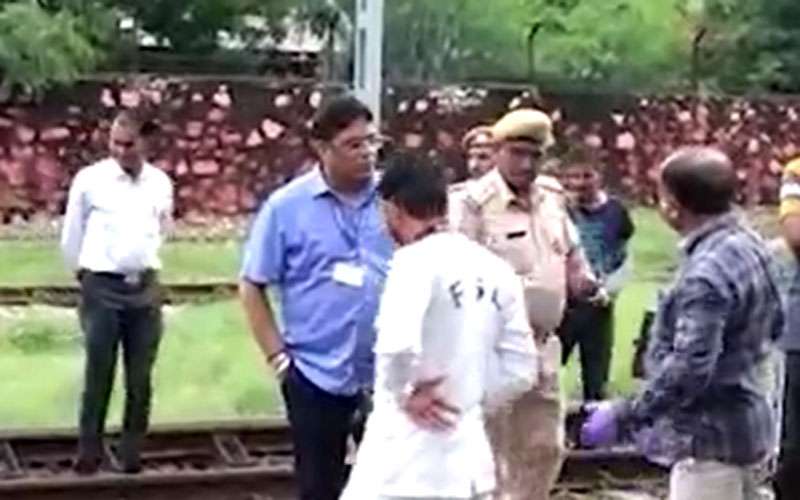 Railway tracks where the woman was gang-raped.

JAIPUR: A destitute 35-year-old woman was gang-raped by five men on railway tracks near Jaipur railway station late on Wednesday.

According to the preliminary reports, the woman’s husband was intoxicated. She left him to arrange for food when five unidentified men took the woman captive. They forced her to come to a place near the railway tracks where they took turns in raping her.

The men tore her clothes, so when the woman reached the government railway station, located just 500 metres from the spot, she was almost naked. The cops at the police station provided her with clothes. They started searching for the rapists immediately, but to no avail.

After getting information about the incident, a police team from Jaipur Police Commissionerate also reached the spot. The woman was provided with medical treatment. An FSL team collected forensic evidence from the spot.

The police are examining the footage of CCTVs installed in the area. The woman told the police that she was unable to identify the rapists as it was dark when the incident took place.