Depressed over unemployment, 4 youths jump in front of train in Alwar, 3 killed

The suicides shocked the state. The victims who were killed were identified as Manoj Meena (24), Satyanarayan alias Duty Meena (22) and Rituraj alias Rishi Meena (17), while Abhishek Meena (22) was injured. 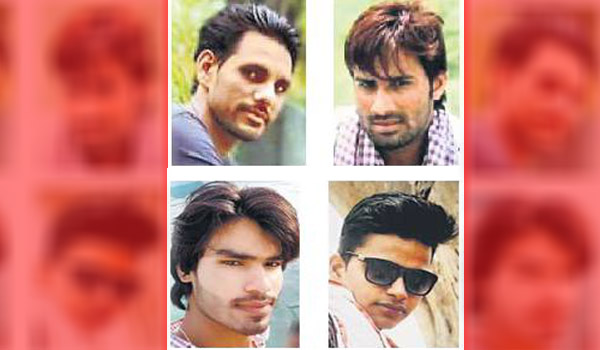 Jaipur: Depressed over not getting jobs, four youths jumped in front of a moving train in Alwar. Three of them died on the spot, while one was seriously injured.

The victims who died in the suicide pact were identified as Manoj Meena (24), Satyanarayan alias Duty Meena (22) and Rituraj alias Rishi Meena (17). Abhishek Meena (22) was injured.

Six friends had reached the railway tracks, but two of them decided not to commit suicide. Four others jumped in front of the train.

According to the police, the four were residents of Rajgarh-Raini in Alwar. They jumped on Alwar-Jaipur railway tracks near FCI godown in Alwar.

Manoj and Satyanarayan were graduates in arts stream while Rituraj was in college pursuing BA. Abhishek who was injured completed senior secondary education recently.

One of the six friends, Rahul Meena who returned from the tracks after deciding not to commit suicide told media persons that Satya Narayan called him up around 6.30 pm and asked him to come to railway tracks near Shantikunj. Rahul walked to the tracks from his rented accommodation and found Satyanarayan, Manoj, Rituraj, Abhishek and Santosh already present there.

Satyanarayan told Rahul that they were fed up with life as they were unable to do their ancestral farming work. They had been trying to find jobs, but couldn’t get one.

Satyanarayan said that they had decided to commit suicide. Rahul asked them not to do that and get away from railway tracks. They left, but reached a nearby place and set on railway tracks there. Before the train approached, Satya Narayan spoke to his sister on his mobile phone.

Rahul and Satonsh left, while four jumped in front of the train. Three of the died on the spot ,while Abhishek is undergoing treatment at a hospital.