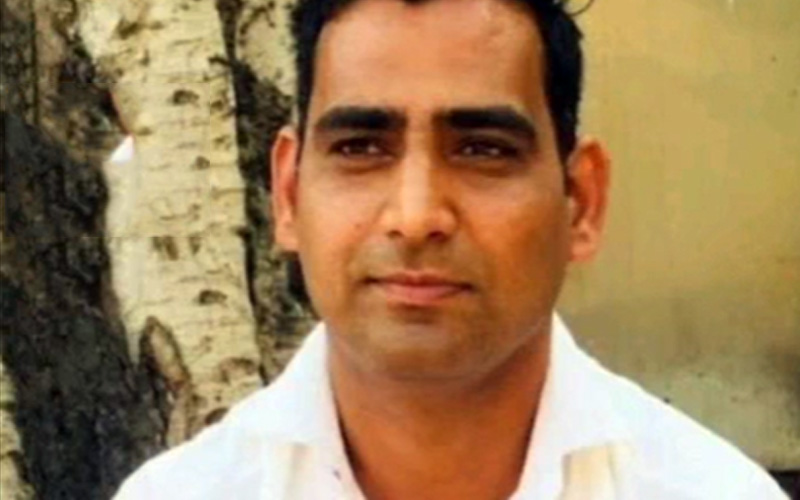 Dentist Praveen Vyas who was killed in accident.

Jaipur: A 38-year-old dentist was killed, while a doctor was seriously injured when the car, they were travelling in, rammed into a tractor carrying iron roads near Ghatgate in Transport Nagar area of Jaiopur late on Sunday. The iron rods pierced the body of the dentist. He died on the spot.

Both the victims were posted at a government hospital in Dausa and had come to Jaipur for shopping.

The dentist was identified as Dr Praveen Vyas. He, his friend, Dr Amit Kumar – a physician and some other friends had come to Jaipur on Sunday for shopping at the World Trade Centre. While the friends left early in the evening, Dr Praveen and Dr Amit stayed back to take care of some chores.

They were returning late in the night when the mishap occurred around 1 am on Monday.

“Both the doctors were returning home after shopping in Jaipur. About 200 metres before the Transport Nagar intersection, their car rammed into a tractor full of iron bars. The rods were protruding out of the tractor. Dr Praveen Vyas, who was driving the car, could not see the iron rods due to darkness. They pierced his body after the collision,” said a police officer.

Police said that after getting the information, the family members have reached Jaipur. Relatives told the media persons that 38-year-old doctor Praveen Vyas and doctor Amit Kumar had come to Jaipur for shopping with friends.

Dr Praveen is survived by his wife – a government teacher and two children. According to preliminary investigation, Dr Amit suffered injuries on his hand and head. He is undergoing treatment at the SMS Trauma Centre.