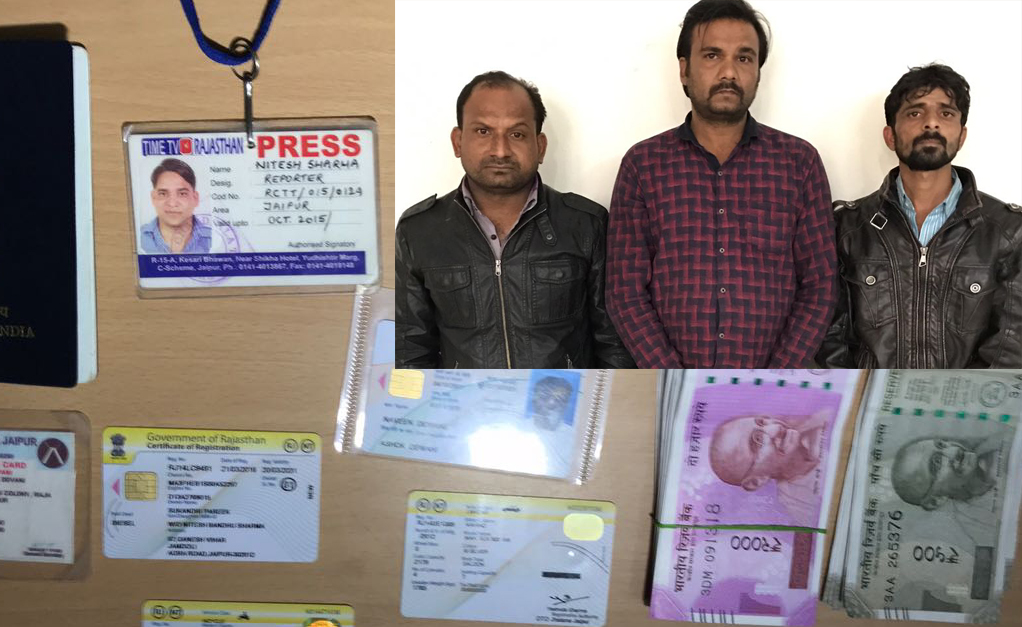 Jaipur: Demonetisation caused troubles for not only public, but criminals also. The members of the blackmailing gang that extorted money from prominent doctors, builders and many businessmen by threatening to implicate them in bogus rape cases suffered big time when the government banned circulation of Rs 500 and Rs 1000 bills.

A lot of cash extorted from victims was rendered useless after the demonetisation. The probe by the special operations group (SOG) has revealed that the gang tried to invest heavily in gold to get rid of the banned currency that they had accumulated from blackmailing people.

The SOG has recovered 2 kg gold, and unearthed 22 bank accounts, and papers of 10 flats and plots and fixed deposits. The officials said that the gang had bought gold worth at least Rs 1 crore immediately after the demonetisation was announced.

The SOG busted the gang last month and has so far arrested nine of its members including lawyers, bogus journalists and women. The women members of the gang befriended the victims, took them to hotels and then threaten to implicate them in rape cases. Four lawyers were debarred by the Jaipur bar Association on Wednesday.

The SOG has seized the bank accounts of all the arrested gang members. Some jewelers who helped the gang stash banned currency through investment in gold are under scanner.

The SOG has interrogated twenty seven-year-old NRI woman, Ravneet Kaur who was arrested from Kota three days ago. She was confronted with other members of the gang including Akshat Sharma, Anand Shandilya and Vijay. She was produced in a court on Saturday and sent to judicial custody.