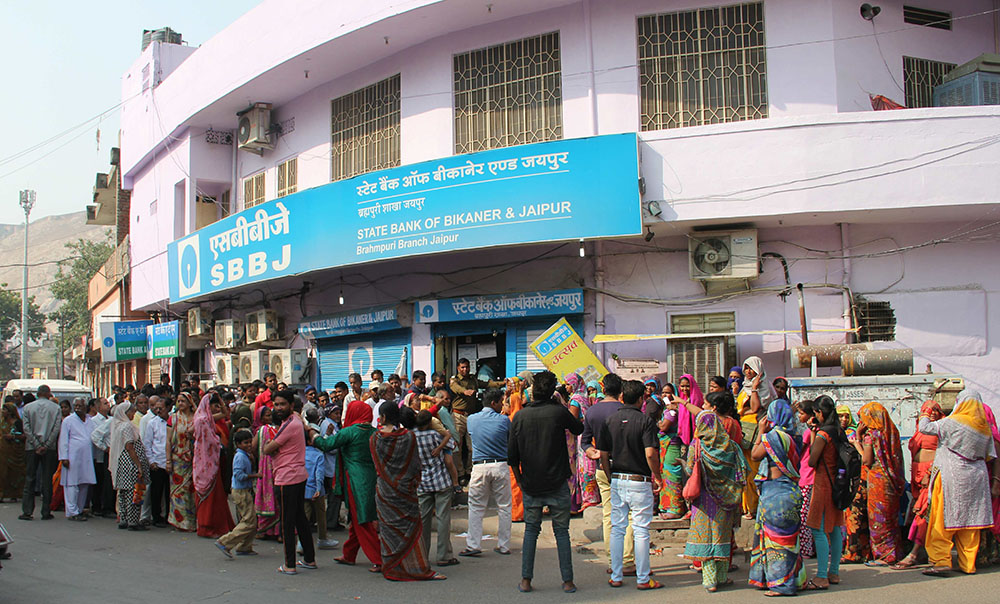 Jaipur: Cash crunch in banks has compounded the problems of city residents.

The chest branches of most banks are left with only torn and soiled currency. Many banks have run out of even torn notes. They are waiting for the Reserve Bank of India (RBI) to supply new currency. Banks said that they would be able to exchange only if they get more supply.

Many private banks stopped exchanging notes since Friday. Some others are entertaining exchange request from only their own customers. Banks need to exchange currency even if the person requesting exchange is not a customer of the bank, but banks are giving priority to their customers.

The government has allowed people to withdraw Rs 2.5 lakh after showing wedding cards, but people are not able take advantage of this relaxation due to cash crunch.

Long queues were witnessed outside most ATMs in the city on Sunday. Instead of spending time with family and friends during the weekend, people were seen queuing up outside ATMs since early morning. Many ATMs ran out of cash within a few hours, leaving people high and dry.

“I was planning to watch a movie with my kids, but I spent hours outside an ATM near Shyam Nagar police station on Sunday. I returned empty-handed as it ran out of cash. I was cash-stripped and too tired to go to the multiplex for a movie,” said Jai Singh, a resident of Nirman Nagar.