Deepali's husband Dyaneshwar Ganore, was a part of the first team to investigate the sensational case of Sheena Bora. 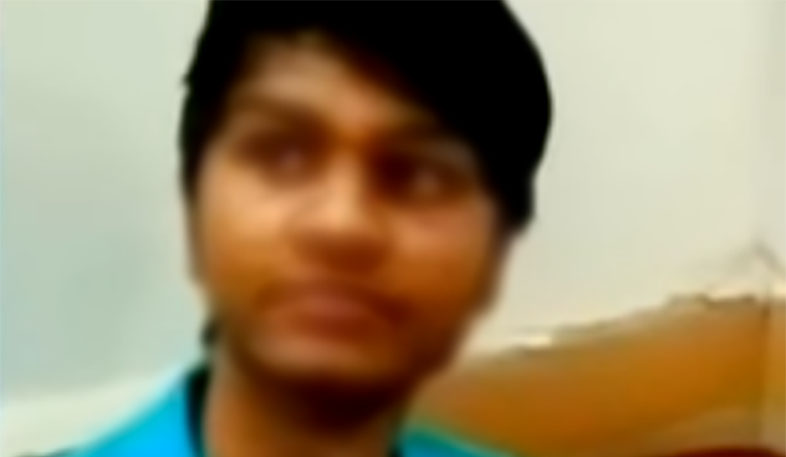 Jaipur: Twenty-year-old Siddhant Ganore, the son of a police inspector allegedly confessed that he had murdered his mother because she wanted him to show her the progress report of an exam he had not even appeared in. Siddhant who was arrested in Rajasthan’s Jodhpur town had first attempted to commit suicide by slitting his hand veins, but when he couldn’t muster the courage, he killed his mother.

Deepali Ganore, the wife of Dyaneshwar Ganore  who investigated the Sheena Bora murder was found brutally murdered at their home two days ago.

Siddhant had fled to Jodhpur after committing the murder and was staying in a hotel paid for by the money he stole from his house when he was nabbed. A Mumbai police team is yet to arrive in Jodhpur to take his custody.

Siddhant had dropped out of an engineering college after he failed in the second semester and was enrolled in a BSc course at NM College. He didn’t appear in the BSc exam as well but he lied to his parents about this. On Tuesday night, his mother asked him to show her his progress report. First he made excuses, but when she didn’t budge, he went into the bathroom and tried to slit his hand veins. But when he couldn’t, he came out and slit his mother’s throat.

“She gave me a lot of stress. She used to fight with my father on regular basis. She would be after my life. On Tuesday she was asking for a progress report card and I couldn’t control my stress level, so I decided to kill her,” Siddhant said.

The hotel where Sidhhant was staying is just opposite Jodhpur railway station.

“He was staying in a hotel named Dhoom. He apparently didn’t have any destination in mind when he left Mumbai after killing his mother. He just boarded a random train and got down at Jodhpur,” said a police officer.

The son is accused of slitting her mother’s throat with  a sharp-edged weapon. He then used her blood to write a message on the floor, saying:

Deepali Ganore had been found lying in a pool of blood in their Santa Cruz Home. Deepali was the wife of inspector Dyaneshwar Ganore, who was a part of the first team formed to investigate the sensational case of Sheena Bora. The high profile murder was reported in 2012. Sheena was allegedly killed at the behest of her mother Indrani Mukerjea. Sheena Bora’s step-father and Ms Mukerjea’s husband, former media boss Peter Mukerjea, is also accused of a role in the crime.

Deepali’s son was missing from their house after her body was recovered by her husband when he returned home from work.

Jodhpur’s Udai Mandir police made the detention. They had received a tip-off from Mumbai police about his location. Some cash was also found in his possession, sources said. He had fled with Rs 2 lakh from his house in Mumbai after committing the crime.

He has been placed under custody.

The son used to pick up fights with her mother frequently. He was not allowed to use social media and his parents didn’t let him play with friends in the neighborhood.

He was a bright student, scoring over 90 per cent in his boards exams. However, he was not so interested in studies lately and his mother used to scold him for that.