Veteran actress Sridevi passes away. The actress who entered the film industry when she was only 4-year-old had a special connection to Rajasthan. 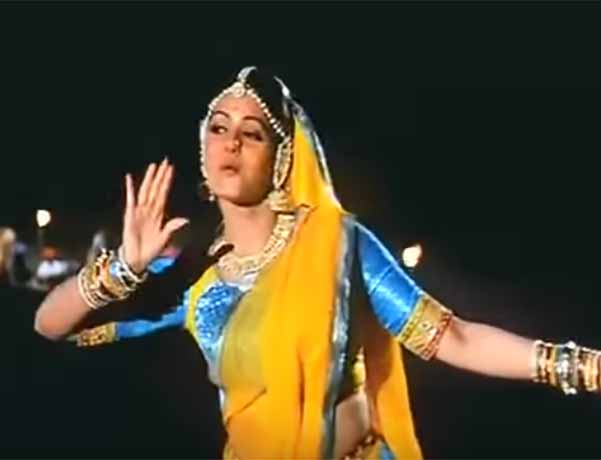 Sri Devi had a special connection with Rajasthan, particularly Jaipur.

Jaipur: Bollywood’s legendary actress Sridevi passed away at the age of 54. She suffered a massive cardiac arrest in Dubai where she was attending the wedding of her nephew Mohit Marwah along with her family members. Sridevi who entered the film industry when she was only 4-year-old had a special connection to Rajasthan. In the 1991 Bollywood movie ‘Lamhe’, she had danced to the tune of a Rajathani song ‘Morani Bagan mai bole aadhi raat mai’. Many shots of the movie were filmed in Kanak Vrindavan and Rambagh Palace of Jaipur and other locations in Jaisalmer. This song became so popular in Rajasthan that it is still played in weddings and on special occasions.

Deeply saddened by the untimely demise of veteran actress, Padma Shri awardee #Sridevi ji. A versatile and celebrated actress, her passing marks the end of an illustrious era in films. My condolences to the bereaved family and legions of fans.

This movie was a Bollywood blockbuster. Anil Kapoor played the role of a zamidar Virendra Pratap, while Sridevi was Pallavi, a girl living in the neighborhood. The Rajasthani dress that the veteran actress donned in this song had been designed by famous designer Nitta Lulla. The dress was appreciated so much that it won a national award.

My heartfelt condolences on the untimely demise of legendary actress #Sridevi. Her lively presence in the films would be deeply missed. She would be always remembered for her contribution to the Indian cinema. #RIPSridevi

The shooting for this Ila Arun and Lata Mangeshkar duet song took place with the beautiful dunes of the state in the backdrop. The shooting of many of her films took place in Rajasthan. She used to frequently visit Jaipur and Udaipur for movie promotions. Sridevi, known for her versatility as an actor, made her Bollywood debut in 1978 with "Solva Sawan". But it was only after five years with Jeetendra-starrer "Himmatwala" that she gained commercial success.
Follow @ThePinkcityPost