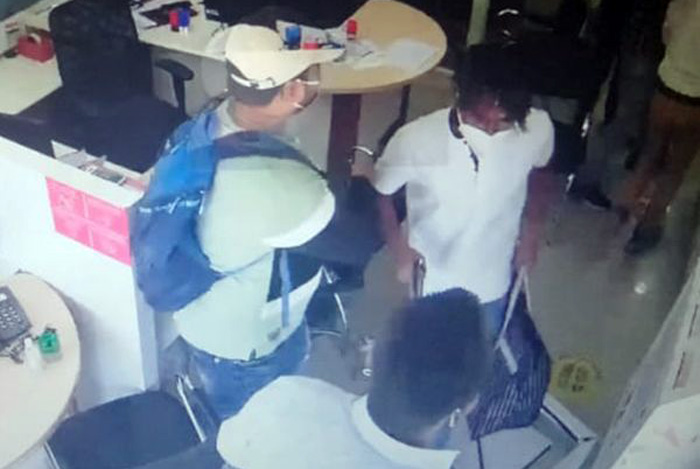 Jaipur: At least 5 armed robbers barged into an Axis Bank branch in Nimbahera town of Chittorgarh district on Saturday and decamped with Rs 50 lakh. The robbers executed the dacoity in less than 15 minutes. The miscreants tied up customers and the bank staff members. When a bank official tried to protest, they attacked him. He was injured and is undergoing treatment at a hospital. Police have launched a search for the robbers.

The robbery took place at Axis Bank’s branch on Udaipur Road around 11.45 am. The five-armed robbers tied up the people present in the bank at gun points, went to the cashier, and robbed Rs 50 lakh. Before fleeing from the spot, they snatched a gold chain from a woman customer.

The robbers took the bank loan officer Robin Singh at gunpoint. Robin tried to protest and grabbed the gun’s barrel. One of the robbers hit him on his head. He started bleeding. He was later rushed to a hospital in Udaipur where he is undergoing treatment.

Senior police officers including SP Chittorgarh Dipak Bhargav rushed to the spot. The police teams are studying CCTV footage to identify them. The robbers had covered their faces with masks.