The robbers who remained in the house for more than an hour took the family hostage at gun points. 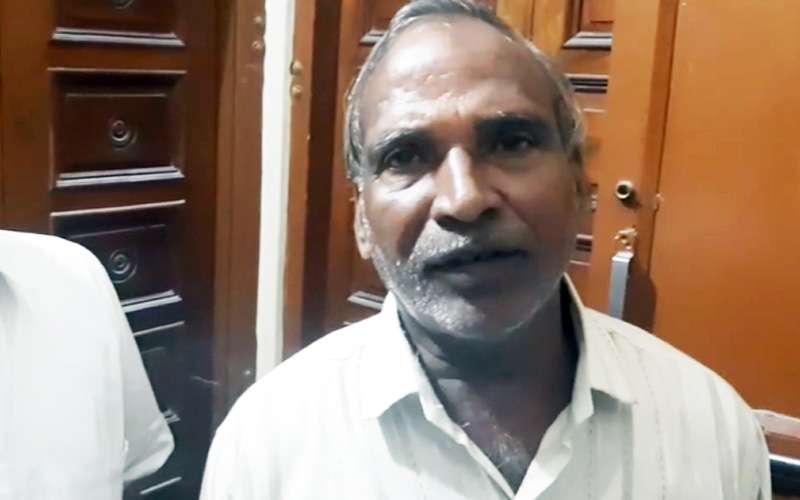 Flour trader whose house was robbed.

JAIPUR: At least five robbers entered the house of a trader posing as income tax officials and robbed a cash amount of Rs 60 lakh and about 1.5 kg of gold in the Galta Gate police station area on Wednesday night. The robbers who remained in the house for more than an hour took the family hostage at gun points. The police have launched an investigation.

The house belonging to Satyanarayan Tambi is located in the Surajpole Anaj Mandi Nagtalai area. The incident took place around 7.30 pm. Tambi is involved in a flour trade. “There were five robbers. They knocked on the door. When we opened the door, they introduced themselves as income tax officials. They said that they wanted to carry out a search of the house,” said Tambi.

He added that as soon as the robbers gained entry, they took the women hostage at gun points. They tied up the family members and gagged them. They asked for the keys to the lockers and almirahs.

They found the keys to some of the lockers on their own and then robbed Rs 60 lakh and other valuables including 1.5 kg of gold. They also robbed the jewellery the women were wearing.

They locked Tambi’s mother Mohri Devi, wife Santosh, son Jitendra, daughters-in-law Priyanka and Ritu and grandsons Keshav and Shriyansh Samarth in a room. When the family members protested, the dacoits tied up their hands and legs and gagged them with taps.

When Tambi and his eldest son Hemraj reached the house from a shop located nearby, the dacoity was in progress. The dacoits took them also hostage at gun points and locked them in a room with other family members.

They broke open the lockers and cupboards using iron bars.

The police suspect that the robbers who came in a car were known to the family.