Over-speeding and wrong judgement while overtaking might have caused the car to go out of balance and hit a divider. 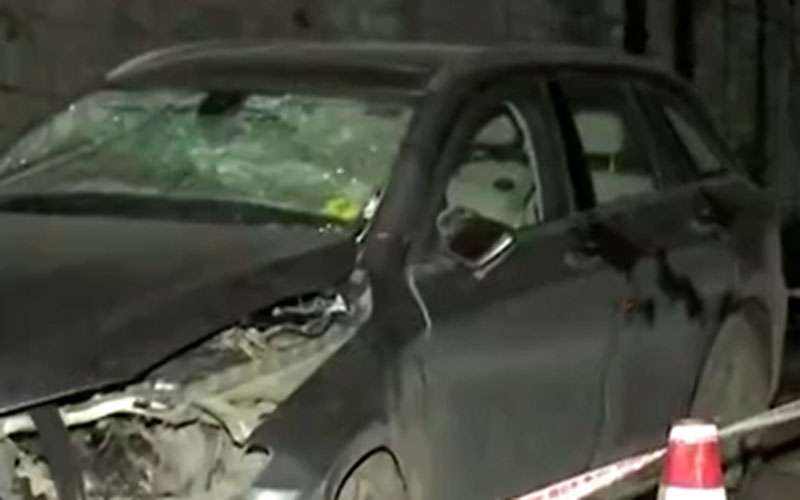 The car in which Cyprus Mistry was travelling.

Cyprus Mistry death: The car in which Former Tata Group chairman Cyrus Mistry was travelling was over-speeding. The speed was measured to be about 134 kilometres per hour. Police officials said that over-speeding and wrong judgement while overtaking might have caused the car to go out of balance and hit the divider.

The car was caught on a CCTV installed at the check post of Charauti at 2.21 pm on Sunday afternoon. The accident spot is about 20 km from the check post. The Mercedes car in which the victims were travelling covered this distance in 9 minutes.

Cyrus Mistry died in this tragic road accident on the Mumbai-Ahmedabad highway on Sunday afternoon. He was returning from a Parsi temple in Udvada of Gujarat. Mercedes GLC 220 car rammed into a road divider near Palghar in Maharashtra. Mistry and his friend Jehangir Pandole (49) were killed in the accident, while Anayata Pandole – a famous gynaecologist and her husband Darius Pandole, who were in the front seats, were injured. Darius is the CEO of JM Financial.

Police said that the car hit a road divider due to over-speeding when it was overtaking another vehicle. Both Mistry and Jahangir, who lost their lives in the accident, were not wearing seat belts. At the same time, after hitting the divider, the front airbags of the car got deployed, but the rear airbags didn’t immediately.

According to the post-mortem report, Cyrus Mistry suffered severe injuries in the internal parts of the body in the accident. Cyprus died on the spot. The postmortem of Cyrus and Jehangir took place late Sunday night at JJ Hospital in Mumbai.

After the accident, Anayata and Dariyas were admitted to Indradhanush Hospital in Vapi. On Monday, when Anaita and Darius were brought to our hospital, their condition was critical. Their oxygen level had dropped, and their blood pressure was also high. Both were shifted to Breach Candy Hospital in Mumbai on Monday morning.

(with inputs from agencies)