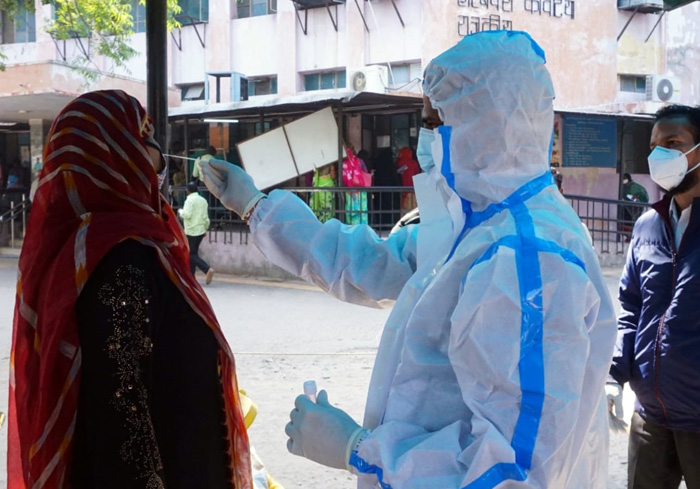 Jaipur: The Dungarpur district administration has clamped curfew in a colony in the town after two women and a youth tested positive for Covid-19. For the time being, even milk and grocery shops have been asked to remain closed in the affected area. A door-to-door survey is being conducted to trace more cases and create mini-containment zones if necessary.

There are 250 households in Mohammadia Colony near Galiakot Darga. A local police officer said a complete ban on movement in the area has been imposed and police force has been deployed to ensure people comply with the ban. It is for the first time since the second wave of Covid-19 that a strict measure such as a complete lockdown has been taken in the state.

A woman who had recently visited Surat to attend a wedding tested positive. During a contact-tracing exercise, her son and another woman who lives in the neighbourhood were also found infected. They were immediately home isolated.

The police officer said that five teams each consisting of one ANM and an ASHA Sahyogini have been constituted to conduct a door-to-door survey in the area. About 100 people have been provided medicines for cold, cough and mild fever.

The sample has been sent to a lab in Pune for genome sequencing as the administration wants to determine if she is infected with the new variant knowns as Omicron. The report is expected to arrive in 10 days.