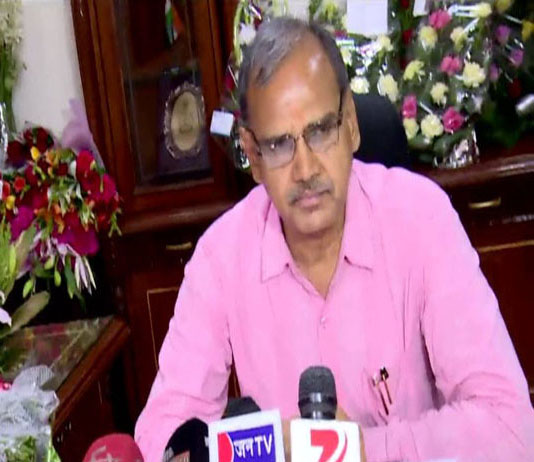 Jaipur: The Rajasthan high court has dismissed a revision petition seeking financial support from state chief secretary OP Meena for his daughter’s education in the United Kingdom. The petition was filed by Meena’s estranged wife Geeta Singh. The court dismissed it on the grounds that their daughter was old enough to support her study on her own.

Geeta Singh who has been fighting a legal battle with her husband for the past six years had approached the high court when her application seeking financial support from Meena was turned down by lower courts. Their daughter Gitanjali is studying post-graduation at Cardiff University for which Geeta Singh sought 700 pounds per month.

The single bench of Justice Prashant Agarwal said that Gitanjali was more than 30-year-old. She first studied in Delhi and then went to England. She completed her first PG degree at Nottingham University and then enrolled for the second one at Cardiff University. The court said that she was capable of supporting herself financially and she went to England without her father’s consent.

“Just because she is a daughter doesn’t make her eligible for financial support,” the court ruled.

Geeta Singh pleaded in the petition that Geetanjali was studying in England and being Meena’s daughter, she was entitled to get financial support from her father who was drawing a salary of Rs 1.96 lakh. Geeta Singh said that she had taken out an education loan of Rs 16 lakh for her daughter’s education.

OP Meena, however, argued that his daughter had gone to England against his wishes and her mother was financially able to bear the study expenses of their daughter.

The court deliberated on whether a woman who has studied in Delhi and England and was more than 30 year sold should be considered eligible for financial support from her father.