The lake is now home to 288 crocodiles. 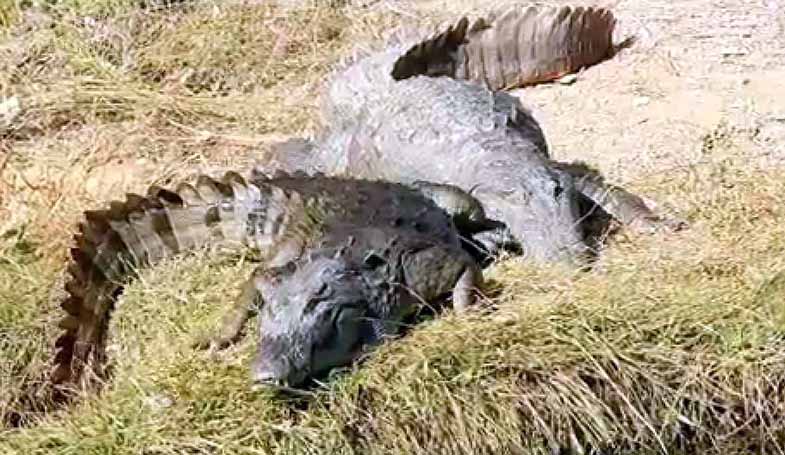 Crocodiles at Siliserh Lake in Alwar.

Jaipur: Alwar, which is popular for Sariska Tiger Reserve, has now become a major draw for crocodile sightseeing.

The Siliserh Lake in Alwar is now home to nearly 288 crocodiles. The number has kept increasing at an unexpected rate in recent years. Surprisingly this has happened even though there has been no effort of crocodile conservation from the government.

The winter season is yet to begin however the view of the Siliserh Lake is beautiful. The lake is a popular tourist destination and is filled with water throughout the year. Sighting of many crocodiles at any given time during the day enthralls tourists.

The lake covers an area of 7 kilometers and was formerly built to supply water to the city of Alwar. It houses a majestic Lake palace which was said to have been made for the Maharaja Vinay Khan’s beloved in the year 1845. This famous picnic site is located some 13 kilometers from the city of Alwar.