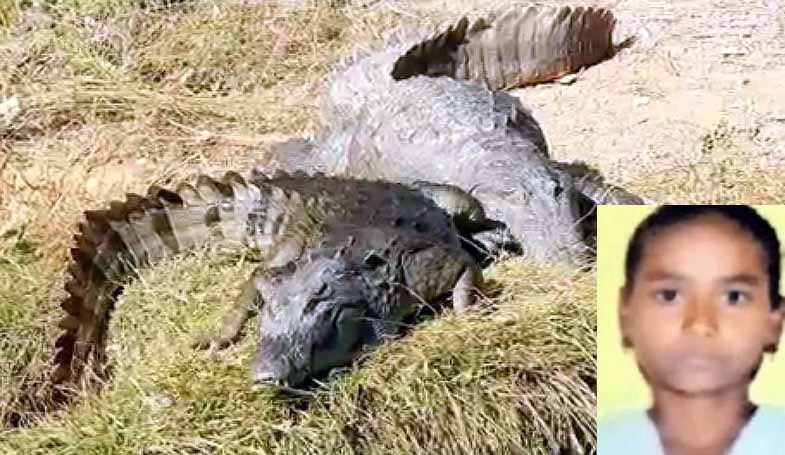 The girl who was killed by crocodiles in Chambal in Sawaimadhopur district.

Jaipur: Crocodiles dragged a girl into a river and killed her in Sawaimadhpur district of Rajasthan. The girl had taken a herd of cows to the Chambal river near her village for drinking water when she was dragged into the river by crocodiles. Some farmers working in nearby farms rushed to her rescue when they heard her cries for help, but the crocodiles took the girl deeper into the water. The wildlife and forest departments have launched an investigation.

The incident took place at Bagora Ghat of Chambal River in Sawaimadhopur district on Sunday. The place is about 70 km from the district headquarters. The girl was identified as Babali Mali, a resident of Bagora village in Kuredi area of the district.

The girl had taken a herd of cows outside her village for grazing and then she took them to the nearby Chambal river. She was standing on the river bank when a crocodile suddenly attacked her and dragged her into the river. The girl started crying for help. On hearing her cries, some farmers rushed to her rescue, but they couldn’t save her.

Local district administration and police officials rushed to the spot and launched a rescue operation with the help of the villagers. They were searching for the girl’s body till the reports last came in.