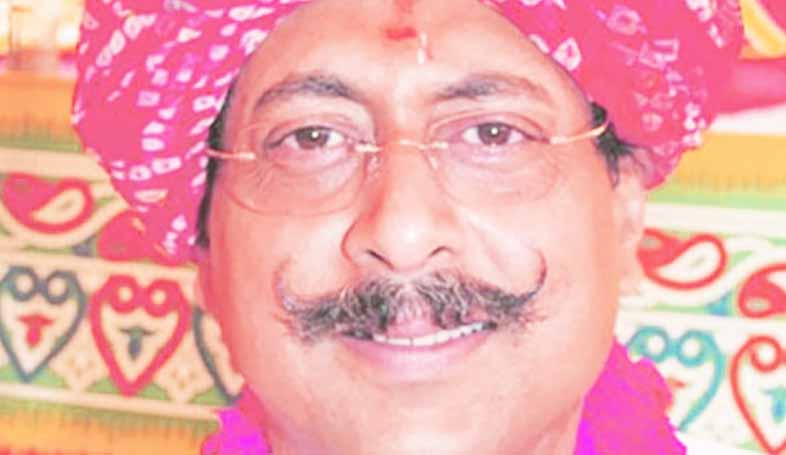 Jaipur:  There will likely be a few big surprises before Rajasthan goes to the polls next year.

Vishvendra Singh, an ex-royal, has already made his opinion clear about the dismal consequences for Congress in Rajasthan if the party goes to polls without declaring the chief ministerial candidate. The warning from Vishvendra Singh came despite Congress vice-president Rahul Gandhi making it clear that assembly elections in Rajasthan would be contested under ‘collective leadership’.

Last year, Singh stirred Congress state politics by asking Congressmen in a meeting to raise hands in support of PCC chief Sachin Pilot for the chief minister’s post. Pilot and former chief minister Ashok Gehlot were present in the meeting held at PCC headquarters then.

Always known for his bluntness when it comes to calling a spade a spade, the Jat community leader surprised even those who claim to know him well on Thursday when he shared the dais with Dr. Shailendra Singh, the son of his arch rival Digambar Singh.

In a public meeting held in Bharatpur on Thursday, Vishvendra Singh gave the credit for OBC reservation for Dholpur and Bharatpur Jats to chief minister Vasundhara Raje, BJP MLA Jagat Singh and Digambar Singh. Standing by his side was Dr Shailendra Singh who returned the favor and said that the credit, in fact, goes to Vishvendra.

Vishvendra Singh told the gathering that it was a non-political meeting and no political inferences should be drawn.

Vishvendra said that Digambar Singh put forward the demand for reservation before the government effectively.

“Our political rivalry is a different thing, but we are at good terms when it comes to the welfare of our people,” said Singh.

The public meeting fueled speculations that Vishvendra Singh has been in touch with Raje lately.