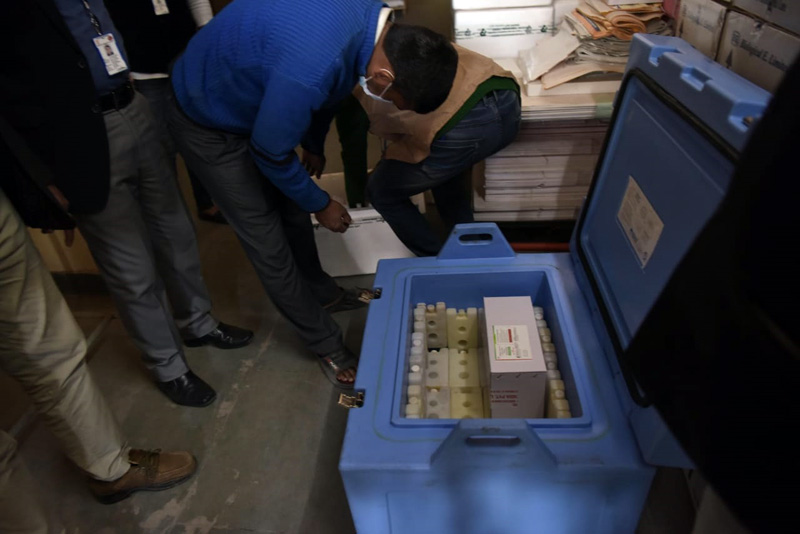 Jaipur: The first stage of COVID-19 vaccination drive will kick off in Rajasthan on Saturday. State health minister Dr Raghu Sharma said that all the preparations for the drive have been completed and the first consignment of the vaccines has reached the vaccination centers at six places in Jaipur district apart from 161 places across the state.

The Health Minister said that precautions have been taken while selecting all the session places so that arrangements for the treatment and timely referral of AEFI cases are available. Apart from this, all the district collectors have been directed to remain in contact with the concerned CMHO and RCHO through VC or other means for all other arrangements. He said that COVID vaccine will be stored between 2 and 8 degrees. There are three COVID vaccine stores at the state level, seven at the divisional level and 34 at the district level in the state. There are 2,444 cold chain points functional at the Community and Primary Health Centres. A vaccine van has been provided in each district.