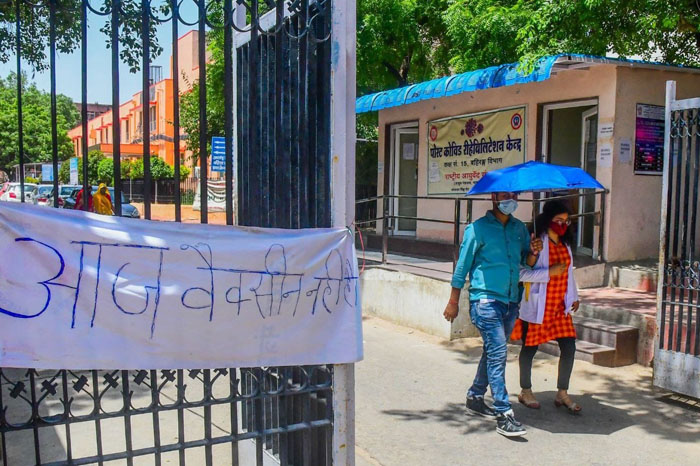 Vaccination comes to a halt at most centres in Jaipur.

Jaipur: Rajasthan set a record of vaccinating over 10 lakh people in a day recently, but now the vaccination drive has come to a halt due to the lack of supply from the centre. Almost 80% of the vaccination centres in Jaipur are closed. Of the 200 vaccination centres, only 41 are functional. These centres are giving priority to people who are due for the second dose, so those looking to get their first jab have been left in the lurch.

The situation looks even grimmer for July. Over 75 lakh people will be due for the second dose, while the state is expected to receive only 65 lakh doses. Of them, nearly 16 lakh doses will be provided to private hospitals.

“This will create a serious situation. We won’t be able to vaccinate people who are to get their first dose,” said a senior medical and health department officer.

Chief minister Ashok Gehlot tried to bring the situation to the attention of the central government. He again wrote a letter to Prime Minister Narendra Modi requesting more doses than the fixed quote for the state.

Chief minister Gehlot said that the state has enough resources to vaccinate over 15 lakh people in a day. However, the daily average is 2 lakh doses. Only 40.64 lakh people have received both doses. Nearly 2.44 crore doses have been administered so far.

With the state reporting its first case of Delta Plus in Bikaner, the medical and health department wants to speed up the vaccination drive before the third Covid-19 hits the state.