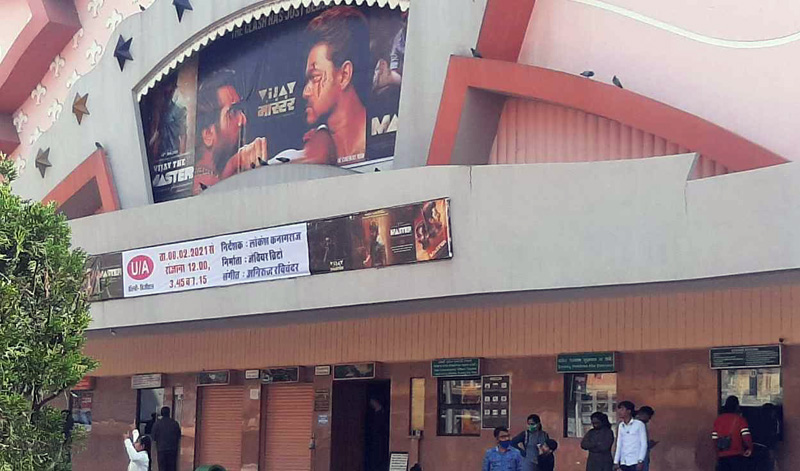 Screening of Master in Raj Mandir on Monday

A Raj Mandir official said that the cinema hall’s seating capacity is 1132, but only 50% of these have been made available for the audience in compliance with COVID-19 guidelines. A total of 115 people booked tickets and watched the first show of Master on Monday. Nearly 60% of these people were tourists, while the remaining were local viewers.

“We are sanitizing seats after each show,” said the official.

Inox screened three movies on the first day at its multiplex at Elements Mall in Ajmer Road area; however, the number of shows was reduced. The multiplex reported 33 bookings against 75 seats that were available for viewers.

The Rajasthan government had allowed schools, colleges, multiplexes, cinema halls, and swimming pools to reopen from February 8 in the latest COVID-19 lockdown relaxations issued a few days ago.

Schools reopened for students of classes 6 to 8. The first- and second-year college students attended classes in all the government and private colleges in the city.