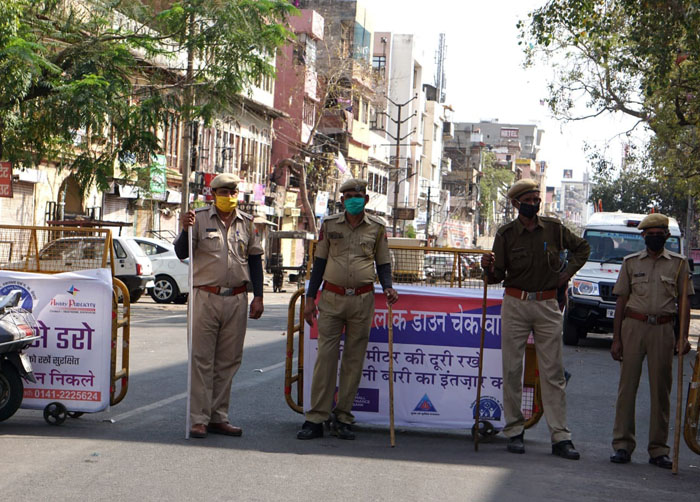 Jaipur: COVID-19 cases are increasing at an alarming rate in Rajasthan. The state reported 242 cases on Sunday, the highest in a day so far. Of them 16 were reported in Jaipur.

A day after 119 prisoners of Jaipur District Jail tested positive, the virus is now spreading in the Central Jail. On Sunday, 12 cases were reported in central jail, while two prisoners tested positive in district jail. The coronavirus case count has gone up to 5202 in the state. Five more people who tested positive died, taking the death toll to 131.

Two deaths were reported in Jaipur, while 1 each in Bharatpur, Bikaner and Kota.

The central government has extended the lockdown for 14 more days. It will the fourth phase of the lockdown. It will end on May 31. However, there will be several relaxations in the restrictions. All the shops except for those situated in malls, complexes and containment areas will now be open for a certain period of time in day. There will be a ban on the gathering of five or more people. It will be up to the state government to open inter-state transport services. Sport complexes and stadiums are allowed to open, but a sport event can not host audience. Domestic and international flights will continue to remain non-operational.