COVID-19: FIR against two in Rajasthan for violating home quarantine 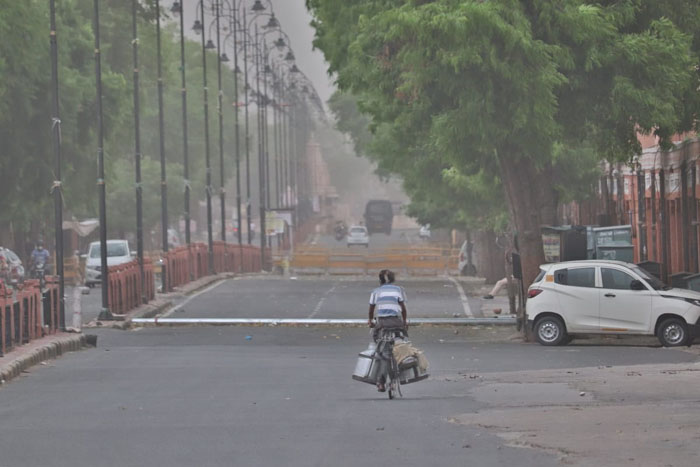 Deserted roads in Jaipur during the third phase of lockdown.

Jaipur: Barmer police on Friday registered an FIR against two people for violating home quarantine. The FIR was registered with Saridhani police station in Barmer. In a separate case, two people were  booked for trying to escape from an institutional quarantine facility in the same area.

SP Barmer Anand Sharma said as per the guidelines issued by the central and state governments, the people are required to follow the lockdown guidelines and other restrictions under section 144 of CrPC. Two men, identified as Chunaram and Jogaram had been instructed to put themselves under quarantine at their respective homes for 14 days. But both violated the quarantined and left their homes together in a truck. On receiving the complaint from the local tehsildar, the FIR was registered against the duo.

In a separate incident, a couple escaped from an institutional quarantined centre in Ambedkar Hostel of the Social Justice department in Samadari. A police team was immediately was formed to trace them. They were held and an FIR was registered against them. They was identified as Champalal and Rupadevi. The FIR against them was registered under sections 188,  269 and 270 of IPC.

“We are requesting people to follow the lockdown guidelines and take the restrictions seriously. Legal action will be taken against those who are caught violating them,” said the officer.

As many as 213 people tested positive for COVID-19 in Rajasthan. Kota reported 48 cases, the highest in the state. Jaipur reported 23 cases. Two cases were reported in Jaipur Central Jail.