Covid-19: Children being forced to appear in exam offline in Jaipur 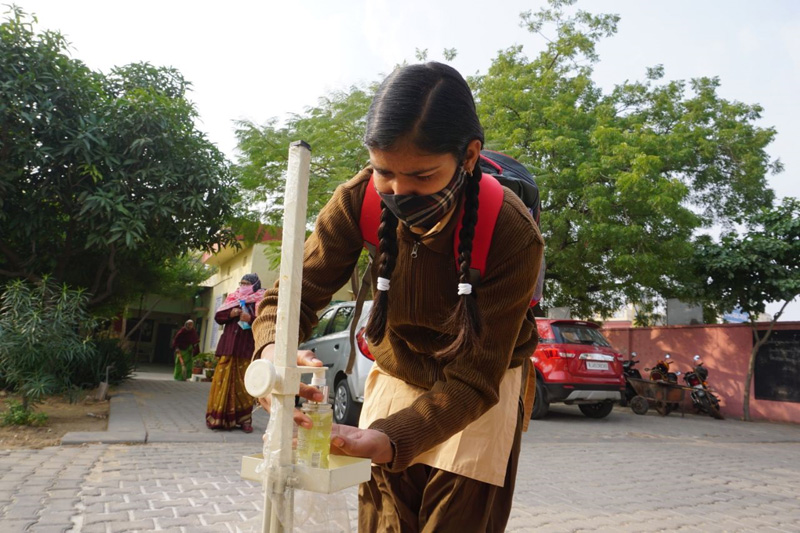 Jaipur: Despite the Rajasthan government’s directions to conduct exams online as well as offline, many private schools in the state are forcing parents to send their children to schools for appearing in the exams.

As per the Rajasthan government guidelines, the children should be given both options, but the parents say that some schools are insisting on children showing up at the examination centre physically. The parents have demanded that the government should intervene and direct schools to allow children to appear in exams online.

Almost 70% of the schools in the state capital Jaipur are conducting exams offline. It means that they are asking children to appear in the exam physically.

“This is a ploy to collect school fees. Some parents have not deposited 100% of school fees. Last year, the schools allowed children to appear in the exams even when they couldn’t deposit the fee. But this time, the schools have threatened not to allow children who haven’t made the fee payment,” said a parent pleading anonymity.

Another parent said that the children who are aged below 15 years are yet to be vaccinated, but the schools are forcing them to appear in the exams.

“It raises safety concern as the health of the children is the utmost priority for the parents,” he said.

The education department has also turned a blind eye even when there are clear guidelines in this regard.

“Yes, schools must give students to appear in the exams online. They can’t be forced to come to school without a written consent from the parents. I am not aware that it’s happening, but we will investigate,” said a senior education department officer.