COVID-19: Ban imposed on spitting in public in Rajasthan; 1 dies in Jaipur 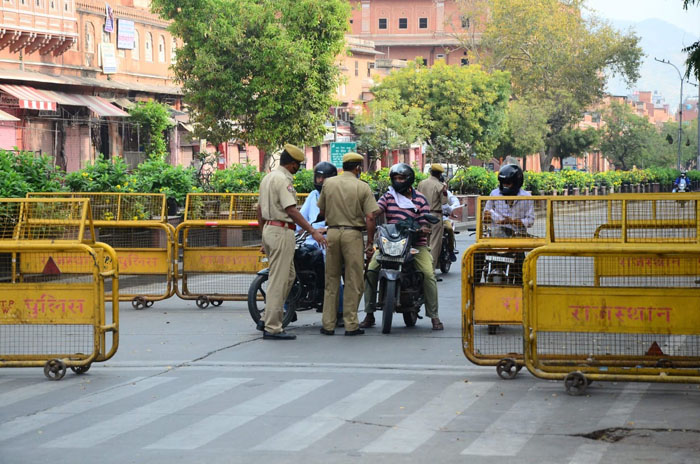 Jaipur: Coronavirus continues to spread in Rajasthan despite the lockdown and curfew in several hotspots. A 65-year-old man died in Jaipur, while 25 new cases were reported across the state till noon on Thursday.

The total number of cases has crossed 1100. Of them, 485 have been reported in Jaipur alone. After a doctor of SMS Hospital in Jaipur tested positive on Wednesday, there was concern about the safety of health workers in the hospital. The central government has declared hotspots for COVID-19 across the country. Eleven districts of the state are on this list.

A day after the SMS Hospital doctor tested positive, several members of the hospital staff that likely came in contact with him have put themselves under self-quarantine. The doctor, a resident of Mansarovar area, was in self-quarantine for the past several days. The police have sealed the area in a 1-km radius of the doctor’s house in Mansarovar.

The 65-year-old man who died on Wednesday night was admitted to SMS Hospital. Conoravius death toll has reached 14 in the state.

The state government has imposed a ban on spitting in public places under section 2 of Rajasthan Epidemic Diseases Act (1957). On Wednesday, the first police case was registered against two youths in Bharatpur. The duo was arrested for spitting in public. They were wandering around for no reason without wearing a mask.

Chief minister Ashok Gehlot on Wednesday held a meeting with senior officials and instructed them to ease lockdown for industrial units in the state.