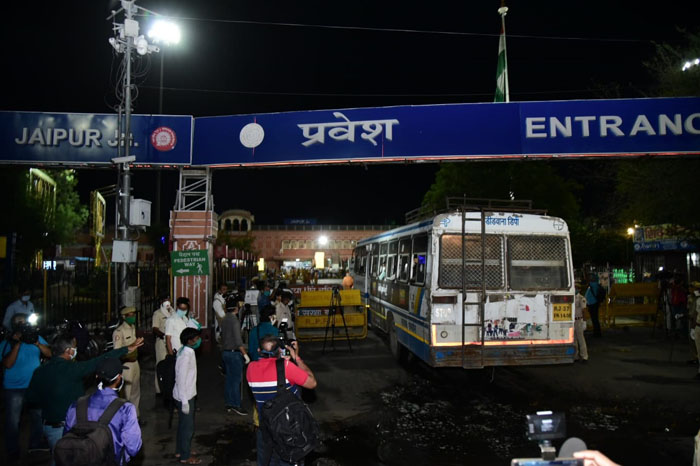 The police helping migrant workers reach their native villages in other states.

Jaipur: Three more deaths were reported in the state, taking the COVID-19 toll to 65 till Saturday afternoon. Fifty-four people tested positive for the virus till 2 pm on Saturday. The total case count now stands at 2720, according to the government data.

A total of three deaths were reported in Rajasthan. One of the victims was 55-year-old resident of Ramganj area. He had died by the time he was brought to the hospital. His report was received on Saturday in which he tested positive. A 15-year-old boy, a resident of Chandpole in Jaipur, was the second victim. The third victim was a 67-year-old man belonging to Nagauri Gate area of Jodhpur.

According to preliminary reports, an 18-day-old baby also died and he tested positive for the virus. The baby was born in Gangauri Hospital on April 14. The infant was suffering from diarrhea since the birth.

The baby was admitted to JK Lone Hospital on May 1. The baby’s samples were sent for testing. The report was received on Friday night in which he tested positive. The infant died on Saturday morning. It’s first coronavirus death at such a young age in the state.  According to preliminary reports, no one in the infant’s family has tested positive and the administration didn’t find any travel history of the family members. Nearly 10 family members have been quarantined. The administration is trying to determine how the infant contracted the disease.