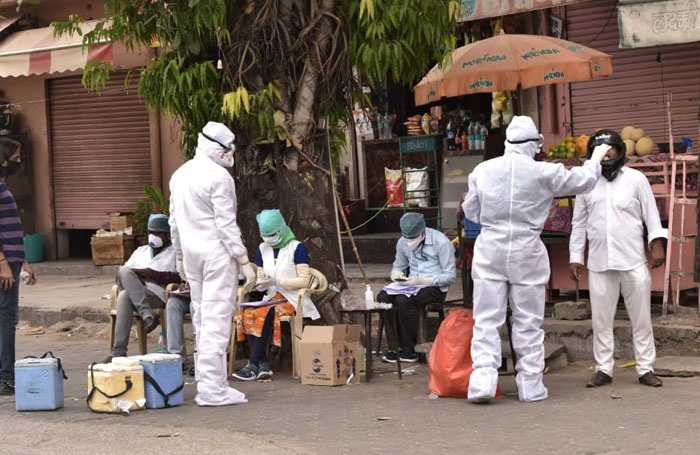 Jaipur: The office and residence of chief minister Ashok Gehlot is now struggling to ward off COVID-19. Nearly 10 employees at CMR and CMO have tested positive for the virus, causing Gehlot to cancel all his meetings and public hearings. In fact, the cabinet meeting which was scheduled to take place on August 27 was cancelled.

Chief minister Ashok Gehlot has appealed people not to come to CMO and CMR to meet him for the next few days. The medical teams sanitized each and every room in CRM and CMO after six members of the staff of a special secretary at CMO and four others at CMR tested positive.

When the test results confirmed that these employees were infected with the virus, Gehlot immediately cancelled the cabinet meeting.

“I appeal to the people that they should not travel to Jaipur to see me over the next few days. All meetings have been cancelled. We should take necessary precaution in order to contain the spread of the virus,” Gehlot said.

The virus is spreading at a rapid pace in the state. On Thursday, 1345 new COVID-19 cases surfaced, taking the total number of positive cases to 76,015. As many as 13 people died. The death toll has crossed 1000-mark. So far, the virus has claimed the lives of 1005 people as per the government records. Jaipur reported 225 new cases on Thursday.