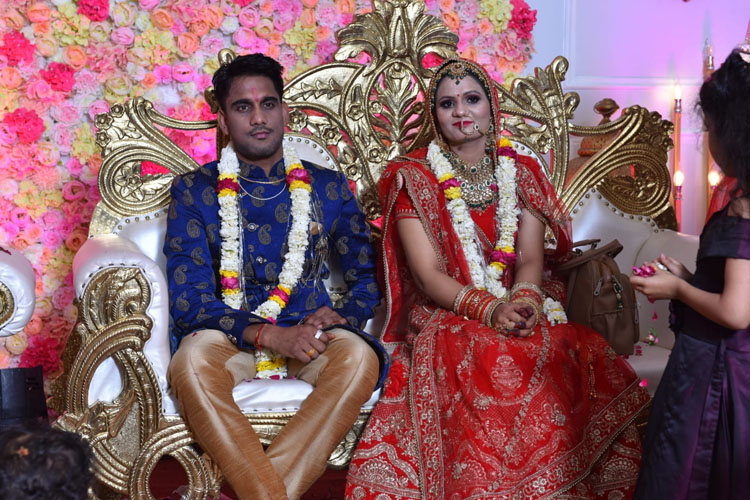 Jaipur: A 25-year-old man and his wife committed suicide in Adarsh Nagar area of Jaipur late on Thursday. The man cut his hand veins before consuming poison. Seeing this, the wife also consumed poison. They were found unconscious in their room by the family members and rushed to a hospital where they were declared dead. The police are yet to ascertain the cause of suicide. No suicide note was recovered.

The couple was identified as Hemant Sahu and Hemlata (21). They got married about nine months ago. Sahu was unemployed and was preparing for competitive examinations. His father is a clerk in the intelligence bureau (IB), police said adding that Sahu, his elder brother and father lived in the same house with the family. Sahu’s elder brother runs a grocery shop on the ground floor of their house.

On Thursday night, Sahu’s elder brother heard Hemlata’s cries for help. He rushed to the couple’s room. By the time he reached the room, Hemlata was unconscious. Sahu was lying in a pool of blood. It has come up during preliminary investigation that Sahu slit his hand veins and then consumed poison. Hemlata also consumed poison.

The family members rushed both to a hospital where they were declared dead.

Police said that the reason for the suicide is yet to be ascertained. Sahu was unemployed and preparing for competitive exams.