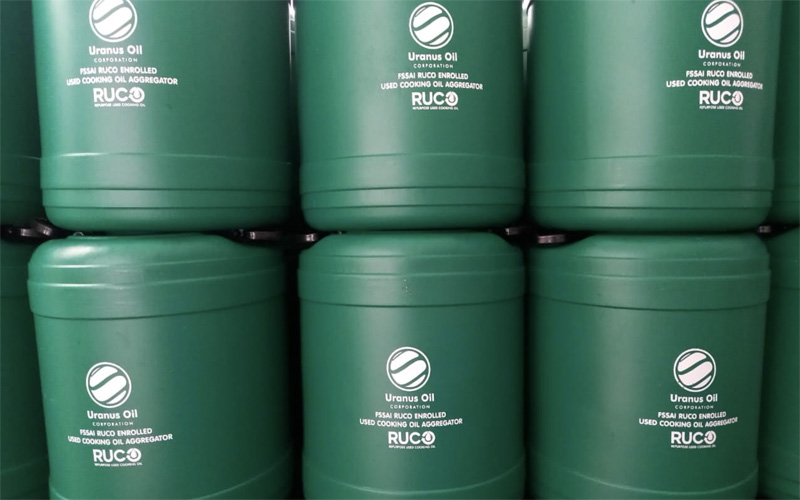 Jaipur: Vasanth JB, energy sector analyst and co-founder of Uranus Oil said that the country needs more biodiesel and ethanol which are sustainable green fuels and can be directly used as an alternative for conventional diesel and petrol.

All over the world, the sources of traditional energy and fossil fuels are slowly moving towards extinction, so renewable forms of energy are emerging as suitable alternatives. Vasanth JB, recently told the media that it is very important to bring Ethanol as well as Biodiesel into more circulation to save the environment and reduce the carbon footprint.

26-year-old Vasanth JB is an entrepreneur in the energy domain as well as Economist and Financial Analyst. In an interview, he said that "Oil and coal are being heavily used in the energy sector since the Industrial Revolution. The problem is that these fuels are limited and are being depleted at a rapid rate. Adding to this, these fuels derived from fossil fuels tend to contribute to greenhouse gases, which can have detrimental effects on the environment. It has become even more important to find new resources.”

“Ethanol is a biofuel, which can be derived from grains and other agricultural sources, is an economical alternative for conventional petrol. Adding to this, Ethanol is an environment-friendly alternative. Bio-Diesel is another important alternative green energy fuel, because it does not take thousands of years to manufacture but can be produced on a human-controlled scale. Biodiesel can be manufactured from a wide range of organic waste fats and oils, and it is a cost-effective alternative to conventional diesel derived from petroleum. India has launched the ethanol blending program as well as biodiesel blending program which is a great step toward a greener future. The challenge in front of us now is to scale up the production of biofuels," he added.

FSSAI has launched the RUCO program, through which authorized aggregators collect used cooking oil from various restaurants and outlets across India. This collected used cooking oil is sent to biodiesel manufacturers to produce biodiesel.

Public sector Oil Marketing Companies (OMCs) in India, have floated Ethanol procurement-related tenders for blending in petrol and Biodiesel procurement-related tenders for blending in diesel. OMCs procure ethanol and biodiesel in good volumes from respective manufacturers, blend them in petrol and diesel and this blended fuel is used by the end-users.

"India's Ethanol production, as well as blending ratio in petrol, have increased significantly over the years, and this is a boost to the Indian sugar industry as well as the agricultural sector. The sugar industry benefits because a significant number of Ethanol manufacturers in India use Molasses as the primary feedstock. An increase in production and blending of Ethanol as well as Biodiesel can reduce the country's dependency on imported crude oil ", Vasanth said.