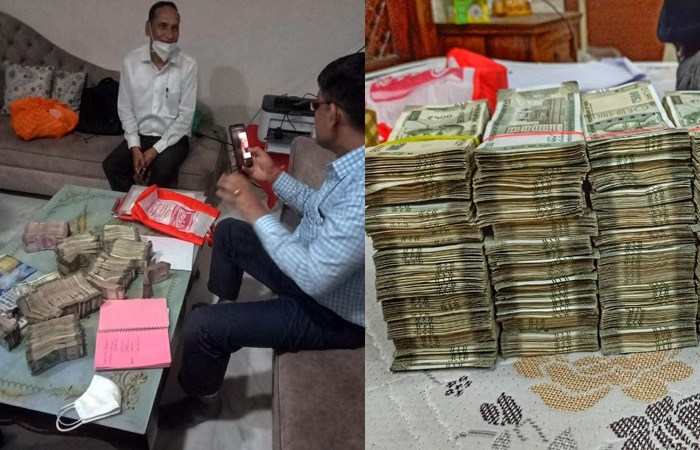 Jaipur: A day after Rajasthan ACB recovered a cash amount of nearly Rs 90 lakh from two RAS officers posted in Revenue Board and their middleman, the trio was arrested on corruption charges. Both the RAS officers – BL Meharda and Sunil Sharma – are board members. They were allegedly accepting bribes from people to issue favourable judgments in land dispute cases. The middleman, identified as Shashikant Joshi is an advocate in the Revenue Board. Other members of the board are also under the scanner as their offices have been sealed by the ACB.

According to DG ACB BL Soni and Dinesh MN, many complaints against the two RAS officers were received in the recent past following which they were put under surveillance. When it came up that the two officers were taking bribes to issue judgments in land dispute-related cases, a search operation was launched. Meharda and Sunil own houses in Vaishali Nagar and Gandhi Nagar respectively.

The searches continued till late at night on Saturday. The RAS officers and the middleman were arrested on Monday. Further investigation is going on.